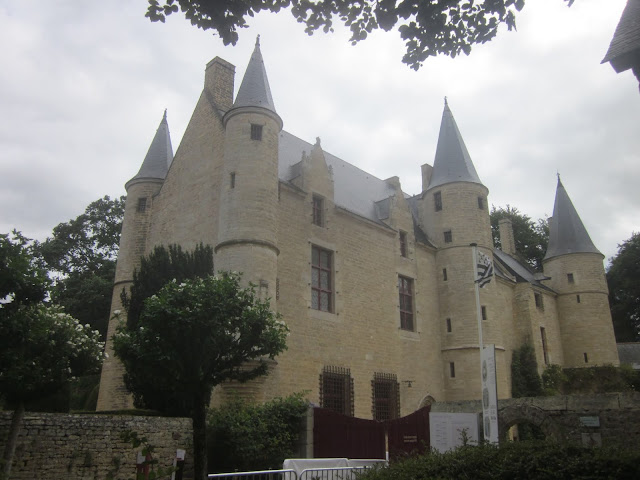 The unusual Chateau de Hac dates mainly from the mid 15th century, when it was created primarily as a 'pleasure palace' for the Hingant family, in choice hunting territory, probably on the site of an earlier lodge. Use of the local limestone contrasts with more common granite defensive strongholds and lends a refined elegance to the façade. Little was known of this family beforehand, and the building was also designed to show off the fruits of their remarkable rise to power and prominence, thanks to a lucrative marriage by Jean Hingant with Guyonne de Bintin. This brought him into the sphere of mighty Breton noble houses like the Montauban and Coëtquen families. (The latter, by the way, have interesting connections with the legendary figure of Lancelot.)

But this 'Seigneur de Hac' was a tricky customer, involved in many a court case and all kinds of unsavoury behaviour like seizing rights from a senile old man and other crooked deals. He needed to keep a careful eye on security of his person and one striking piece of furniture in the chateau shows this preoccupation. An ancient oak cupboard inscribed with PAX and a cross was designed as a depository for weapons when guests entered the house. This practice also re-enforced the sense of his own importance that the stylish façade of the chateau conveyed immediately to any visitors. 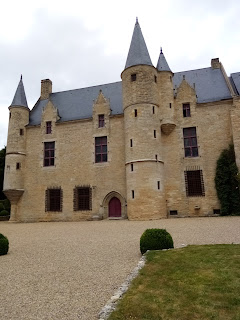 Undoubted abilities as a wheeler-dealer, and perhaps the very fact that he was not himself of the highest lineage, brought him into ducal spheres after staunch military service. Jean V chose to appoint this comparative outsider as chamberlain in 1438. He eventually fell from favour for his part in the affair of Gilles de Bretagne. This prince of Brittany was brother to duke François I, but eventually taken into custody after constant and blatant intrigues with the English. He was smothered when in captivity at the chateau of La Hardouinaye, whilst under the overall care of Jean Hingant. Royal agents arrived at the Chateau de Hac in 1450 to arrest its master, but Hingant was already on the run with his son, Eustache and many dramatic brushes with the law were to follow in the next few years. He died some time between 1459 and 1465.
The chateau visit (guided only) gives a good idea of social and economic niceties of the period, with contrasting use of rooms on different levels for the general public or wealthy and important connections and a large private apartment complete with side chapel. As well as the usual grand fireplaces, there are some interesting features, including stolen stained glass windows with a good story and a beautiful old corner cupboard which totally conceals the entrance to a modern lift. But the emphasis on the very well-presented tour is on the contemporary context of the chateau and the rise and fall of the Hingant family. Small gardens laid out on a parterre formula are a pretty addition, in the absence of a park. 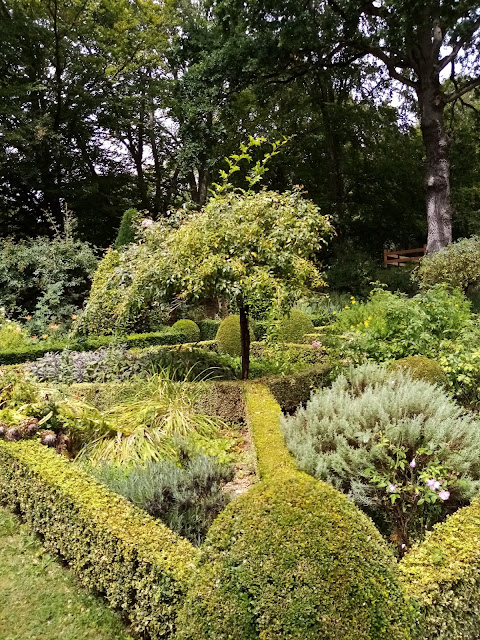 The area around the villages of Le Quiou and Tréfumel where the chateau is situated was once at the bottom of a sea linking what would be the Channel and the in the Miocene period about 15 million years ago. This separated the ‘Ile d’Armorique’ (later western ) from the eastern part and later mainland . These warm, shallow (40m at most) waters harboured all kinds of marine creatures – sting-rays, the huge megalodon, a prehistoric shark, and snub-nosed seacows – and created an accumulation of shell sand, called le falun. This sedimentary layer has yielded a myriad of fossils, and in the modern era the more solid masses of falun were quarried and the light, malleable limestone called de jauge used in local architecture for ornamentation. It is easy to spot in the villages of the area, and remains of lime working can still be seen in Le Quiou. 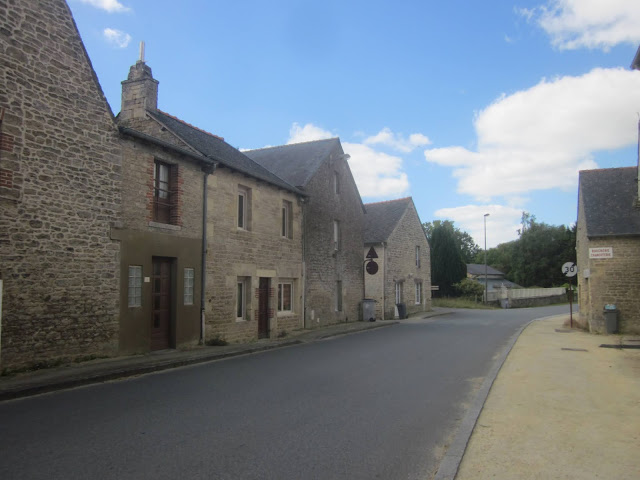 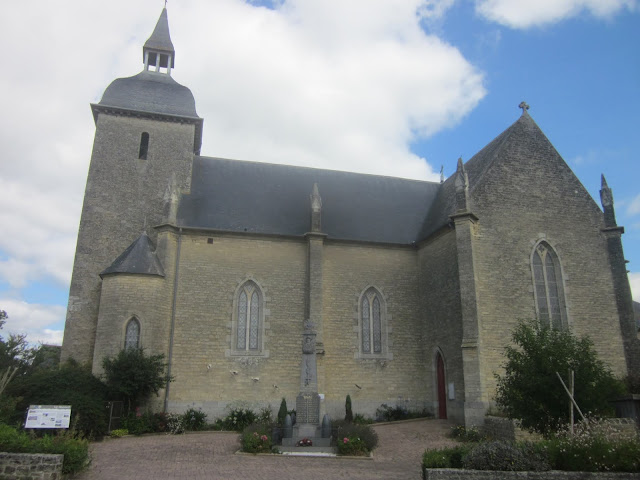 The Maison Nature des Faluns in Tréfumel is well worth a visit, and there are extensive remains of a Roman villa near the Green Way in Le Quiou, with open access. 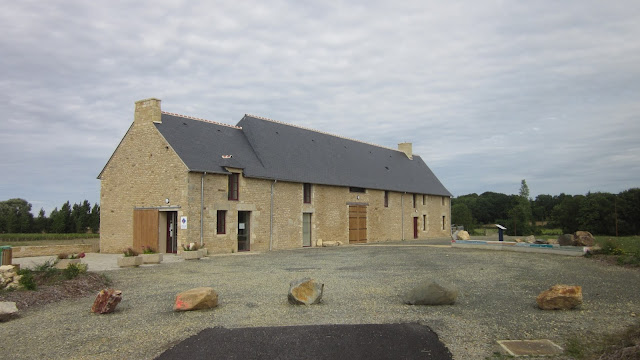