Happy Yule and 2014 to all my readers 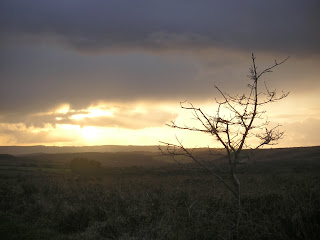 Wishing everyone a very happy holiday break, with thanks for all the phenomenal support I've had from friends and readers during this year. Looking forward to 2014!
Posted by WM at 4:46 pm 2 comments: 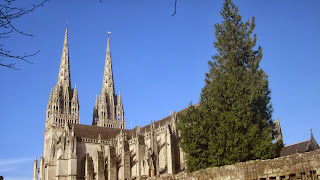 Made a quick dash to Quimper today in beautifully clear weather. Everyone knows about the unusual crooked nave of the cathedral, but a crooked spire too?  Who knew. 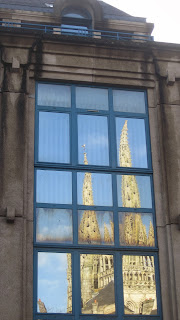 Came home in a violent storm.
Posted by WM at 9:13 pm No comments:

Pliny the Younger and Penmarc'h 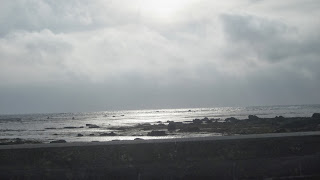 This morning I've had the strange experience of baking Christmas biscuits in my Breton hovel whilst listening to Melvyn Bragg and his guests talking about Pliny the Younger. It brings back my decades of teaching ancient history and many relatively tedious hours of Pliny's letters in Latin. What made me glad to have come out of that world is the fact that eveything being said by scholars this morning was pretty much exactly what I was taught at university and what I went on to relay to my pupils. Pliny is inevitably something of a finite figure despite his prissy verbosity. How I prefer to be working now in the context of a living culture, attested by many thousands of individuals, alive and dead, and a range of source material to make any ancient historian weep.
Yesterday I was in very familiar territory in Pays Bigouden, renewing my close links with Penmarc'h and St-Guenolé on that unique flatly perilous coast on the south-west tip of Finistère. Highlight? The Phare Eckmuhl. 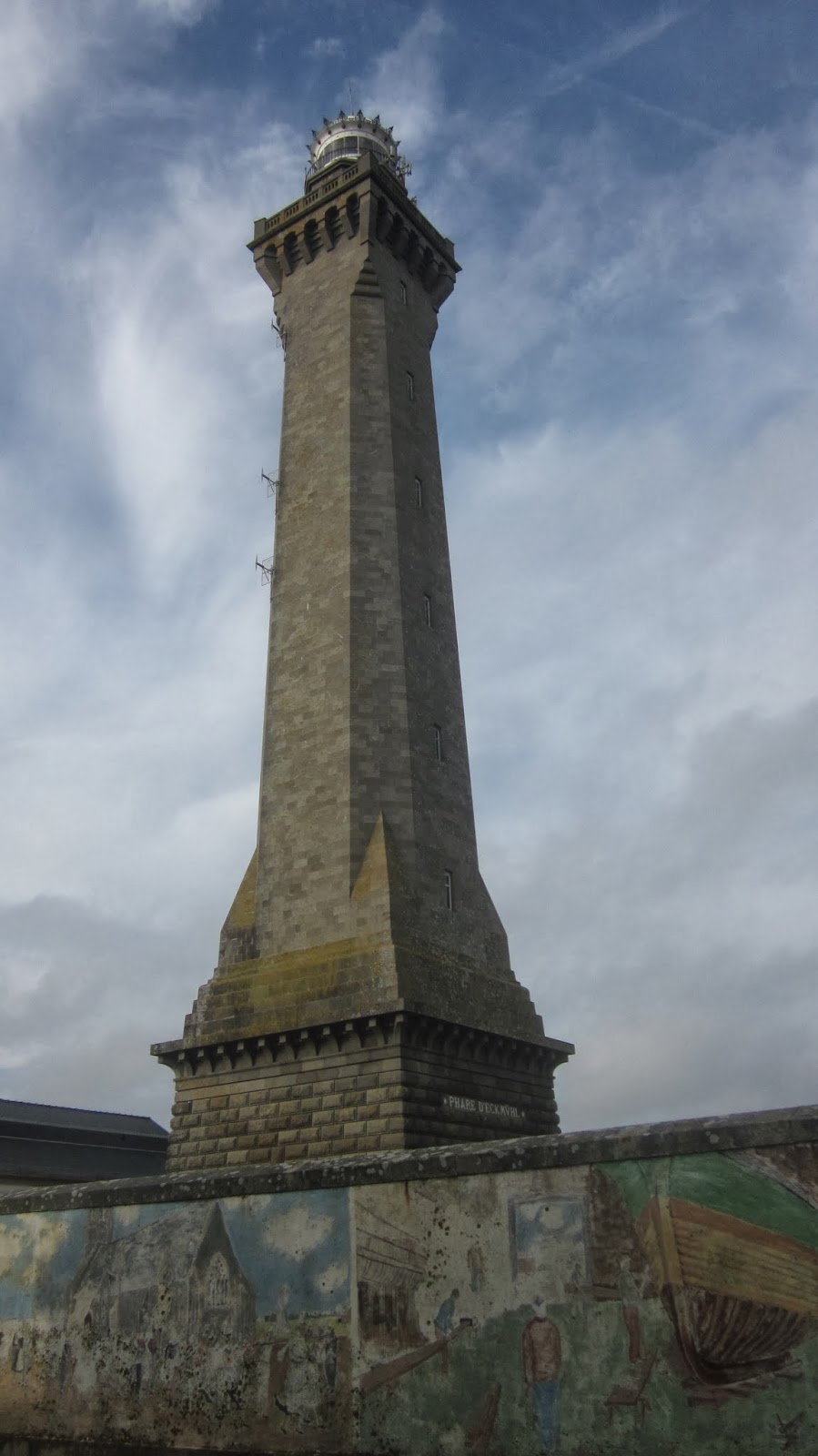 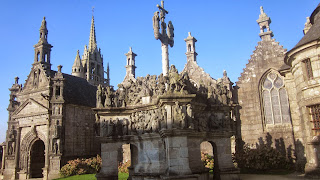 The Parish Closes, particularly those of north Finistère (like Guimiliau - pictured above), will of course feature in the new book. They are very special to me and I've enjoyed teaching a course on the subject, including practical visits, from time to time. No consideration of Breton culture could really ignore these supreme expressions of faith, community and artistic achievement. They also represent a period of great commercial prosperity, based on the cloth trade with England, when thousands of locals were involved in one or other of the many stages of process from growing the flax to selling the finished product.
The symbolism of death and resurrection and tales from the story of Christ predominate in the decoration, but there are plenty of oddities from a more pagan tradition including Green Men, monsters and bare-breasted women. What a lot those early saints had to put up with!
Posted by WM at 4:29 pm No comments:

Today in the Monts d'Arrée 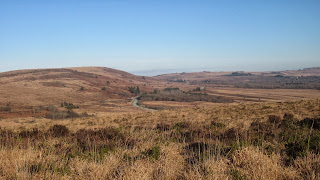 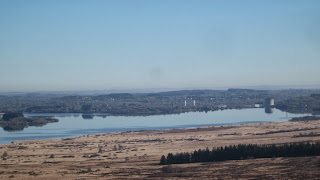 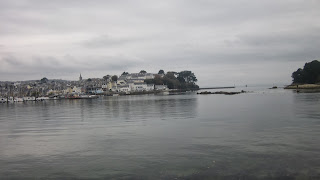 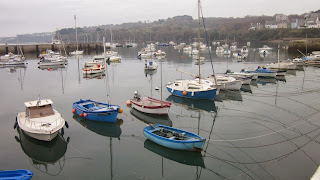 In Douarnenez today: one of my regular haunts and part of the Coast chapter of the new book. The prosperity brought by the prolific sardine harvest in such a vast, shallow bay was abruptly snatched away when stocks inexplicably failed in the early years of the 20th century. The hardship was brutal, as, when business resumed, were conditions in the factories, which led to one of the most notorious strikes of the inter-war years by women desperate to be paid a living wage for their gruelling efforts. An armed attack on the communist mayor was one of the strike-breakers' tactics.
On a contrasting note, the town has long attracted artists of many persuasions, drawn to the coastal scenes of everyday life and natural beauty. Englishman Kit Wood produced some of his last (and best) paintings here before his suicide in 1930. The church in Tréboul (see photo) was one of his subjects - in those days at the heart of a tiny village, today part of Douarnenez and home to the pleasure marina. Surrealist Yves Tanguy, whose mother was from nearby Locronan, not only painted many of his bizarre but compelling pictures here, but asked in his will that his ashes be scattered on the bay, far from his adopted home in the USA.
Posted by WM at 7:28 pm No comments: