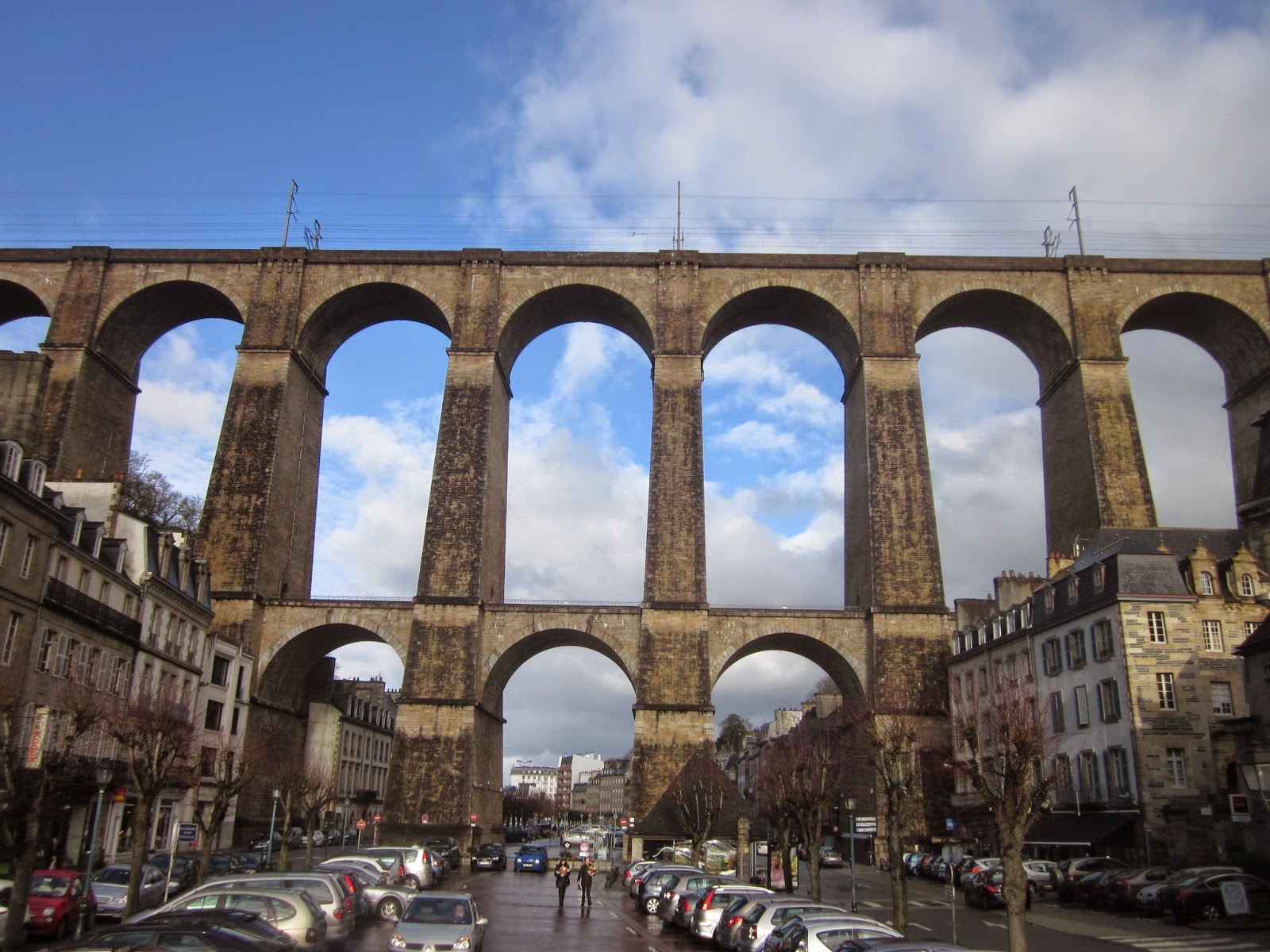 I'm writing about Morlaix for a new guide to Finistère, and the creation of the text soon brings up the perennial problem of guidebooks. It's important to write about the famous viaduct, a work of art as much as functional architecture. When and why it was built are essentials. How it transformed journey times between Brest and Paris must certainly be mentioned to give the economic context of such a major construction. Then of course it's necessary to describe the RAF bombing raid on January 29 1943 that killed 67 civilians. Surely people will want to know that of those victims, 39 were children between the ages of 4 and 7, studying the catechism with their teacher in a school at the western end of the viaduct, not least because a little chapel 'of the angels' built in its place to mark their collective burial on the spot can be visited today. And that's really as far as I can go.
There's no room to write about the painful religious manoeuvrings that presented the tragedy as God's will, a new 'Slaughter of the Innocents', the children as chosen martyrs for the redemption of others (a stance which not surprisingly roused some of their parents to anger). And how barely a word was spared for the other 20 who died. Or the political repercussions and attempts to stir anti-English feeling: La Bretagne's headline on February 1 read 'Raid terroriste de l'aviation anglo-américaine sur Morlaix. Or to analyze the extraordinary decision of the allies to make such a day-time raid where large loss of civilian life was highly likely instead of targeting other viaducts carrying the same railway across other valleys in the middle of unpopulated countryside. Or the fact that only one arch of the viaduct was hit, and that the Germans had the trains running normally again only eight days later...

We marched in Morlaix today...

... powerfully in the spirit of freedom and equality. Thousands of Bretons and others of all ages and backgrounds - the presence of many young adult men and women was a special sign of hope - milled and smiled together in what amounted to a considerable display of solidarity within wide diversity. There were those who laughed and chatted, others grim or solemn with tears in their eyes, but all alerted by this simple physical act of walking together to the importance of our shared values and the reality of our enviable quality of life, which rests on tolerance and inclusivity. 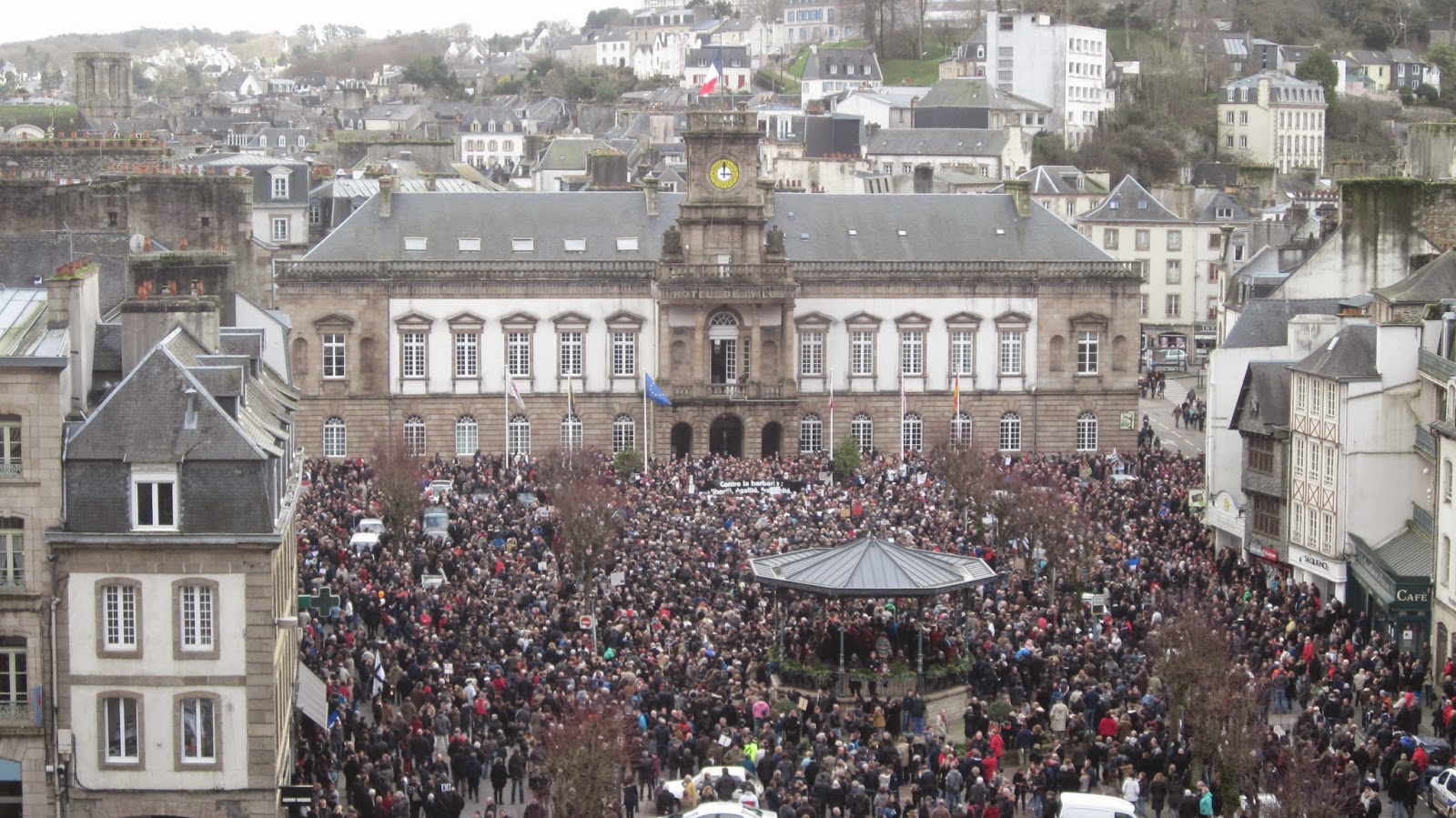 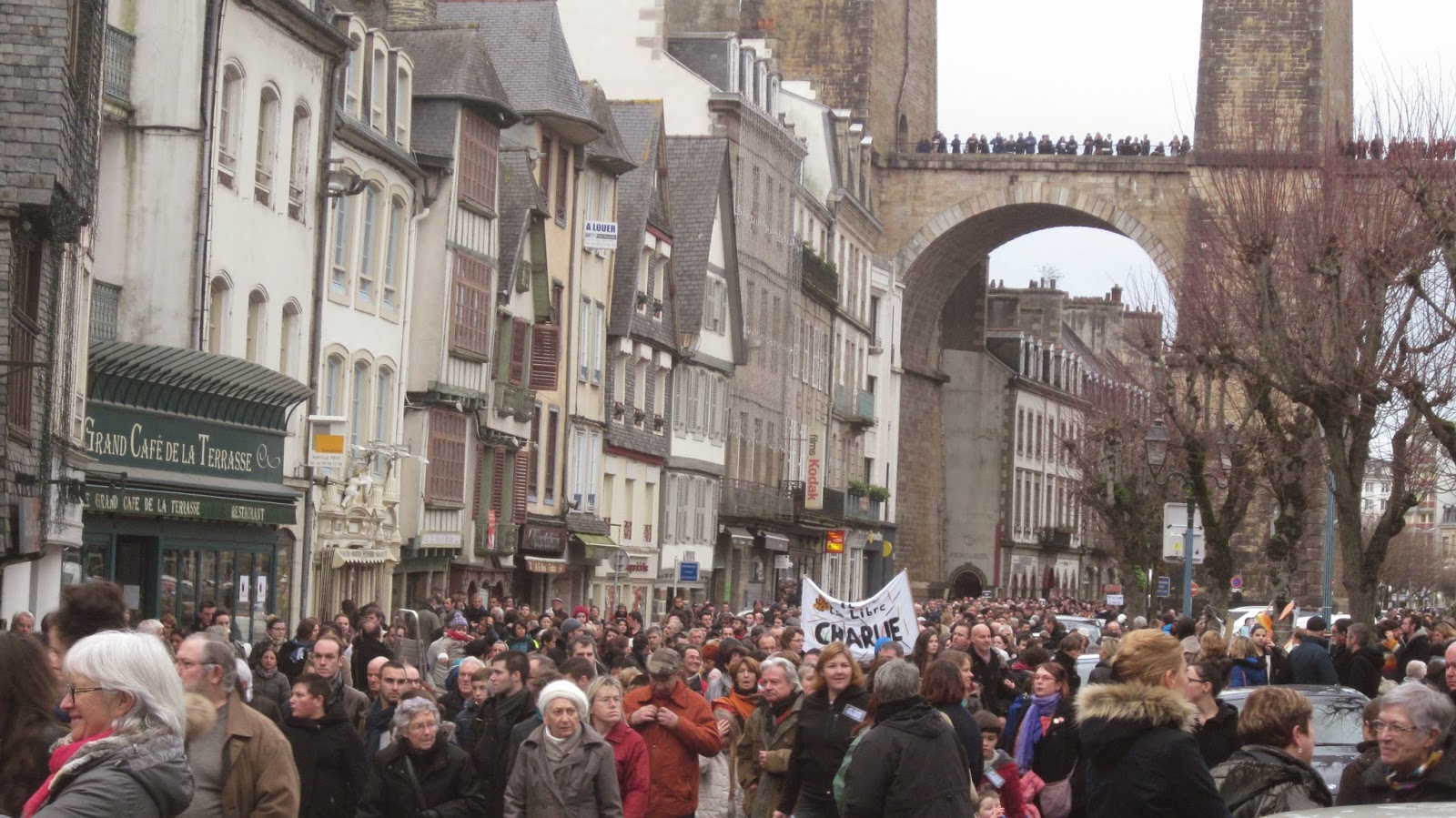 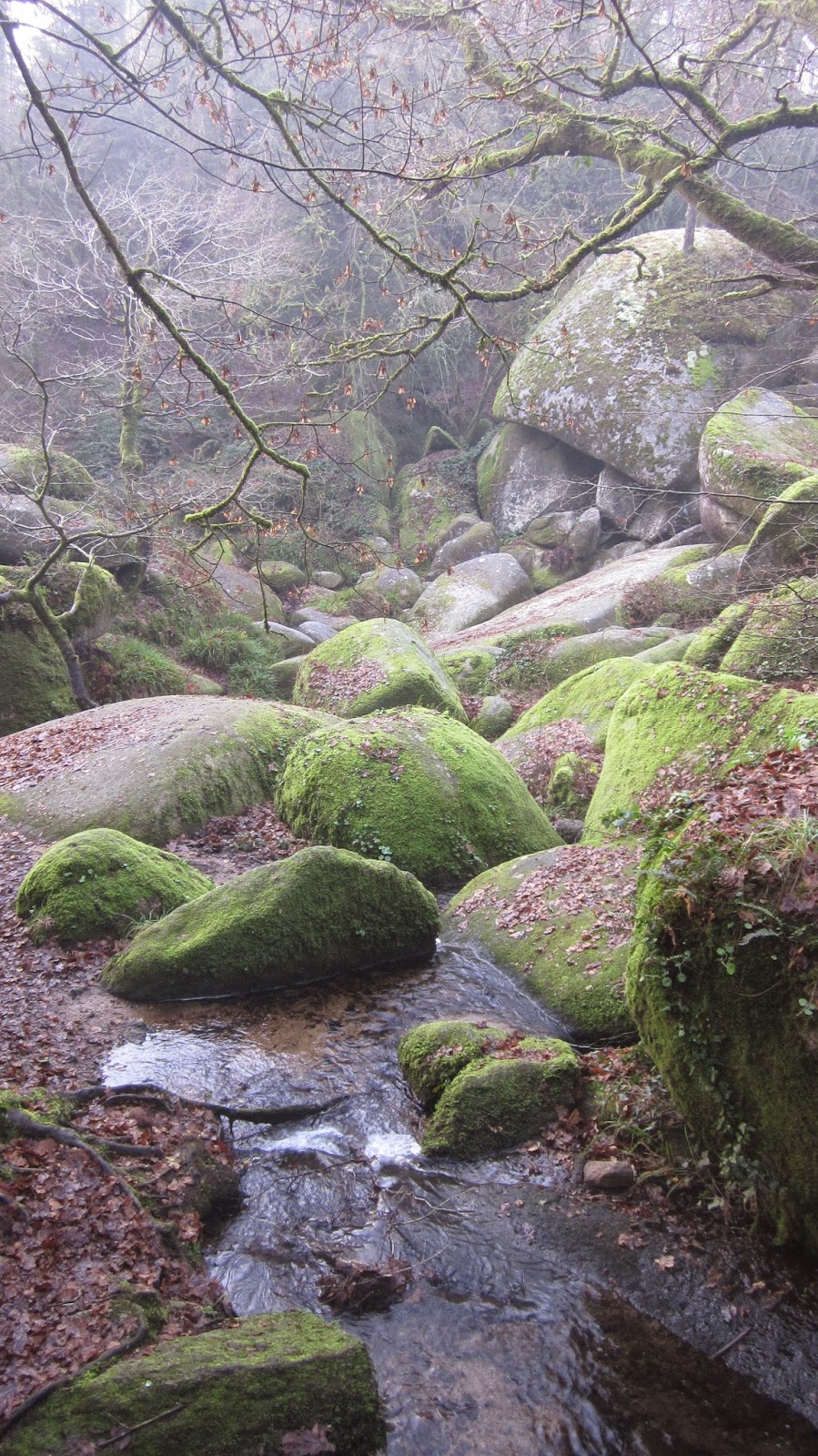 2015 has not got off to the best of starts. I had to leave my appartment because of noise problems over the New Year itself, an oddly disorientating experience and more endless to-ing and fro-ing with bags and supplies, upstairs, downstairs, etc. I'm doing the Walk a Thousand Miles challenge this year and on target so far, but feel as if I would be well ahead on the Climb a Thousand Steps event if such existed.
Workwise all seems rather fragmented too, with a translation for a scientific association in Quimper spanning the Xmas/New Year period, website updates to organise and many routine administrative tasks. Frustratingly, my new Lumix camera refuses to co-operate with my computer, or vice versa, so many photos remain unprocessed and unusable for the moment. Hoping to get going in a more settled way this week and focus on the new Finistère guide without distractions.
Posted by WM at 5:46 pm 2 comments: