Two contrasting experiences this week. On a mission in Callac, I happened to find myself near the Gallo-Romano bridge, a potentially rather fine sight but reeking of neglect and insignificance in its present state. I would have thought this was something to be rather proud of anywhere, but especially in a commune not overly endowed with cultural interest. Some local people seem unaware of its existence and certainly not inclined to rate its survival high on the heritage ladder.
I visited the new Maison de la Mine in the small village of Locmaria Berrien on the last day of its summer opening. What admirable energy, goodwill and practical sense have seen the creation of this little museum by the association ASAM! The small but carefully crafted exhibition brings to life the social and economic history of the nearby lead/silver mine in the forest. The mine was once one of the largest in France and there are various visible remains on the ground which always arouse the curiosity of walkers and retired engineers. Now they can stroll or drive up to the village and find out everything about those somewhat sad remains - or better still, go to the exhibition first, in order to understand the context of what can be seen in situ. The guided visit to the display of artefacts, models and documents given by a volunteer when I was there was exceptionally good, and I hope all the immense work of the association will be rewarded with large visitor numbers next year. 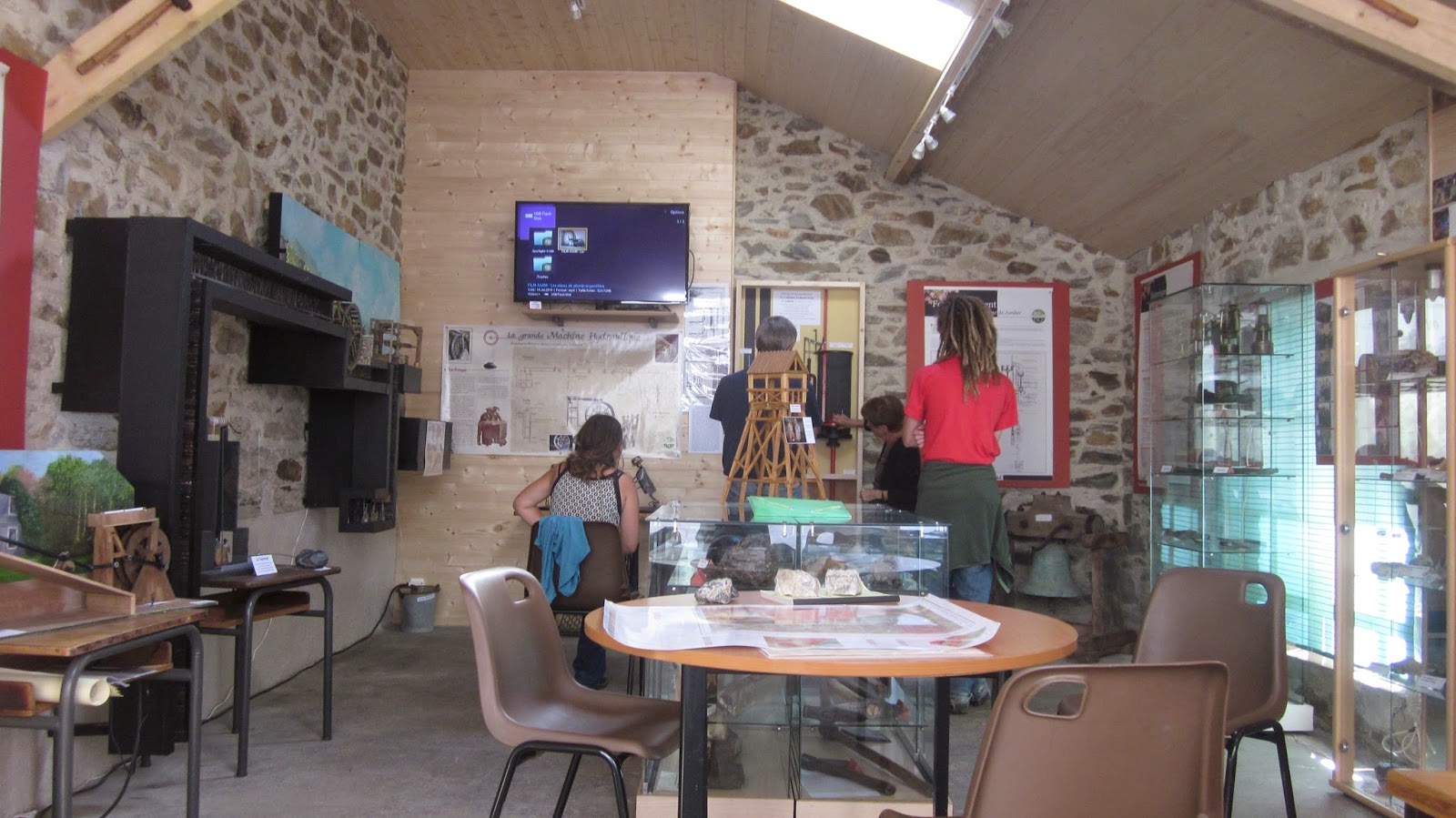 I don't expect many will bother to seek out the Roman bridge or that a very small association will be formed to provide a context and assessment of its local importance. And yet money is poured into totally artificial and pretty spurious heritage like the Valley of the Saints, which garners greater publicity and interest than either the genuine article like the dying bridge or the totally laudable work of a dedicated group like ASAM who have breathed life into a real historical  project.
Posted by WM at 6:38 pm No comments: 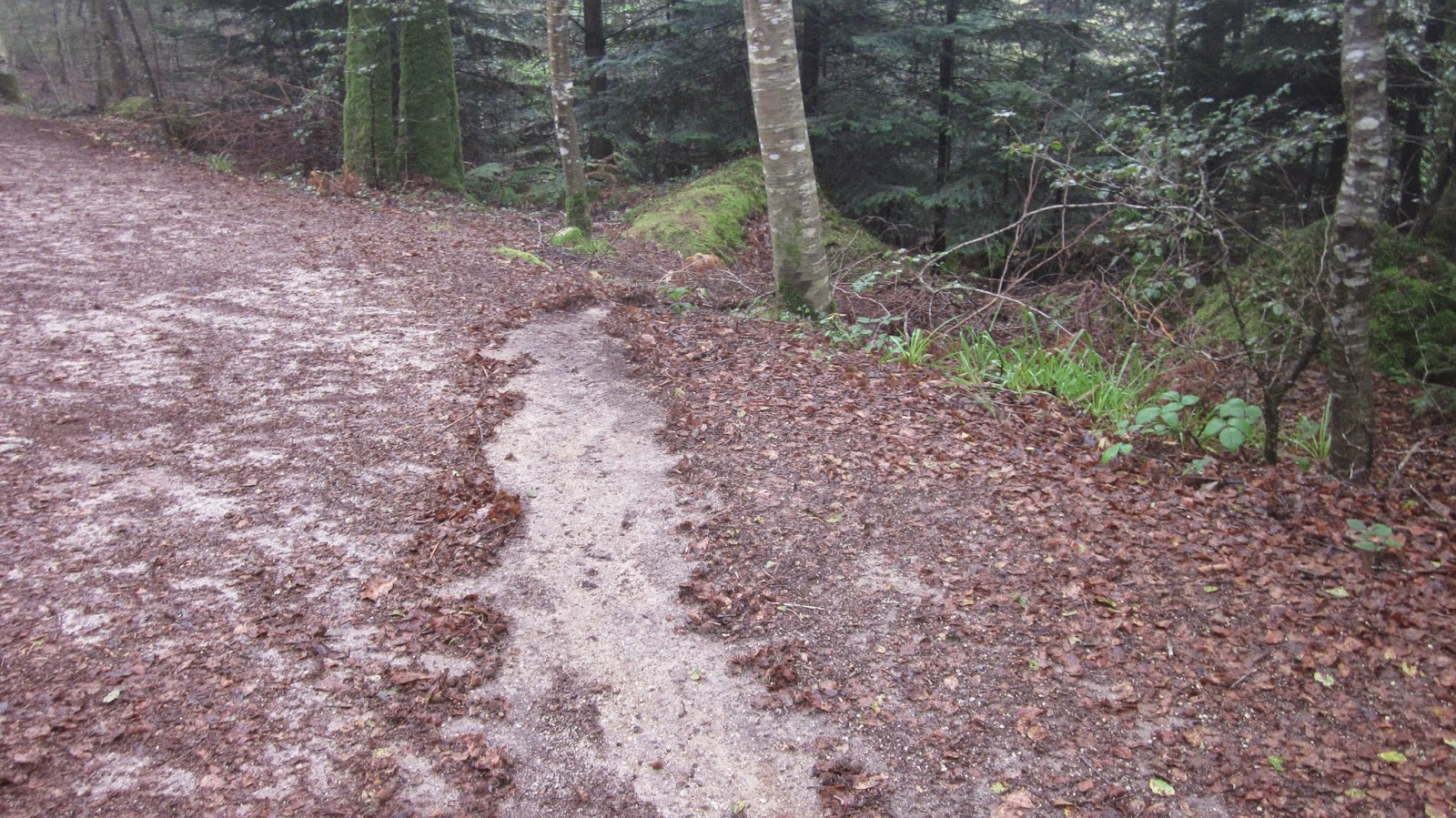 Not able to be out early this morning for the actual moment of Equinox, but today it is time to celebrate another turn of the year, and one which heralds my favourite half. Whilst others mourn summer, I happily anticipate the winter months. It's still warm and sunny here in western Brittany, although we had our share of electric storms last week. My rituals are usually simple things I do every day - walking, writing and cooking. There are red apples and still plenty of strawberries in my little adopted garden, so I make pies, crumbles and compotes for friends and freezer.
A walk in the forest concentrates the mind on the changing season and the sounds becoming more evident as fresh energies stir. The shallow rasp of my dog's breath contrasts with the slow, gentle in- and exhalations of the wind, and falling sap dries the rustle of browning leaves and brittle ferns. The post-deluge urgent clamour of water is now hushed to gossipy eddies along the rocky stream beds. Many of the footpaths are sporting wiggly stripes where their topcoat has been stripped by temporary torrents forcing their way downhill.
It's been a wonderful day, and best of all, I can actually see it. After nearly eight months of living in a blurred world, my vision is clear and balance restored, so I am well in tune with this equinox... 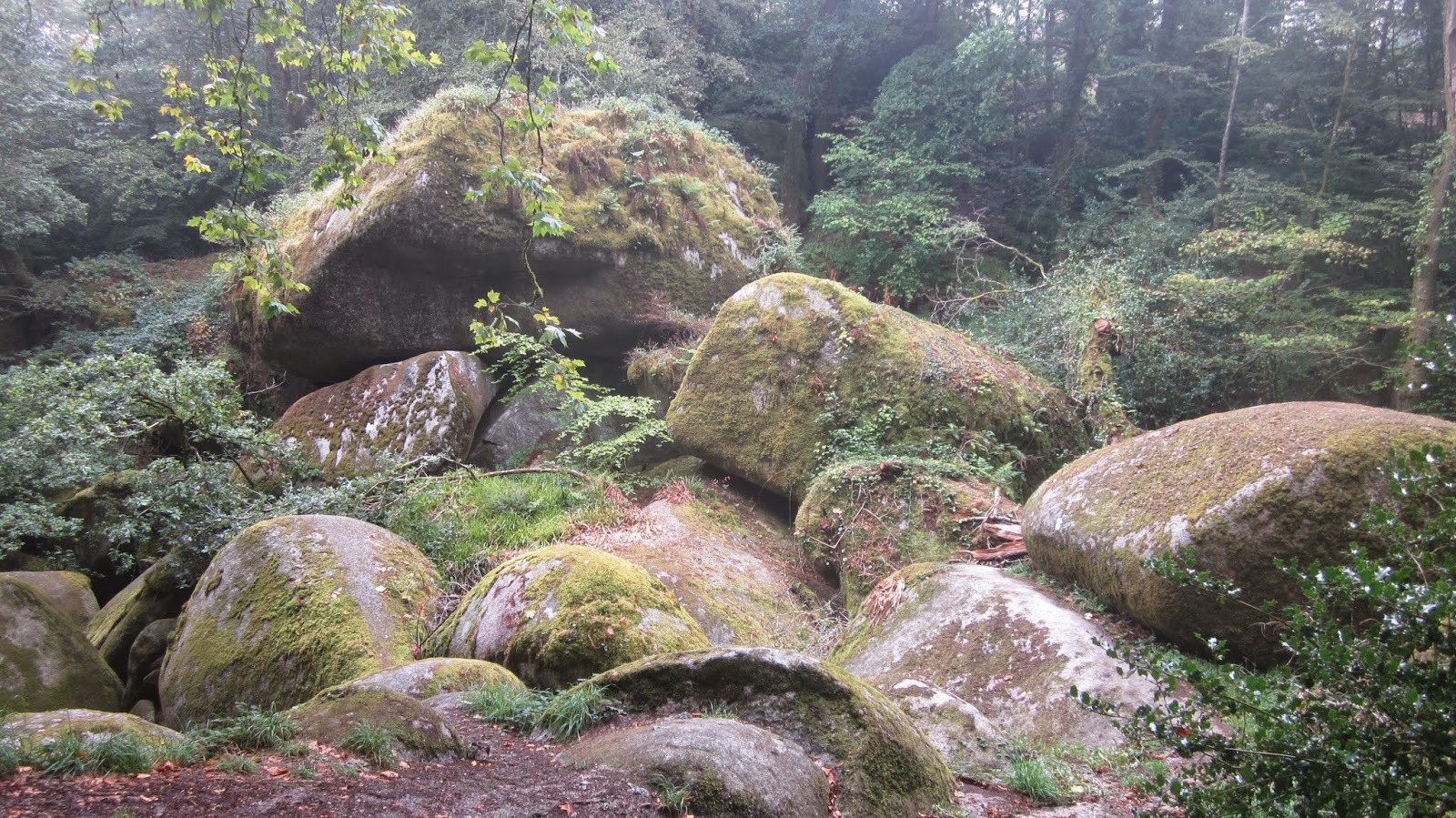 We had a Brittany Walks event this week looking at the landscape of the Queffleuth valley near Pleyber-Christ. This beautiful little river - although capable of flooding the centre of Morlaix when aroused - features in the river chapter of my new book and has been thoroughly studied by the Association Au Fil du Queffleuth et de la Penzé. Riboul Potic is a labelled circuit of 2kms, extended through woodland on the other side of the D769 to give a 5.5km route. Information boards (in French, but well-illustrated) offer a good idea of the radical changes to the appearance of the terrain over the last 150 years with the loss of small parcels of land and destruction of hedged boundaries  on one side to facilitate larger-scale agriculture, and the intensive tree-cover of today on the other where farming the heights became un-economical in the late 19th century.
The water-quality of the Queffleuth is high, making it a habitat for otters, trout and salmon, just as it once made the river good for paper-production and the site of many mills. The most interesting feature on the circuit is perhaps the irrigation system once used to keep the Prat ar Gaor (Goats' meadow) well-watered even in times of drought. A mini-barrage and valve system were constructed to feed a bief - a supply channel similar on a smaller scale to the bief de partage of the Nantes-Brest Canal - cut straight to enclose the land and connect the two ends of a wide bend in the main river course. From this trenches were cut across the meadow in the 'fish-bone style' with a central spine and many off-shoots, taking moisture to almost all parts of the pasture land. This skeleton outline is still just visible on the ground.
Apart from historical and natural interest, it's a pretty route, well worth a gentle afternoon stroll. Park in the lay-by just off the D769 at Le Pléen (turning to Pleyber-Christ) and follow well-placed and (for once) consistent green waymarks.
Posted by WM at 12:22 pm No comments: 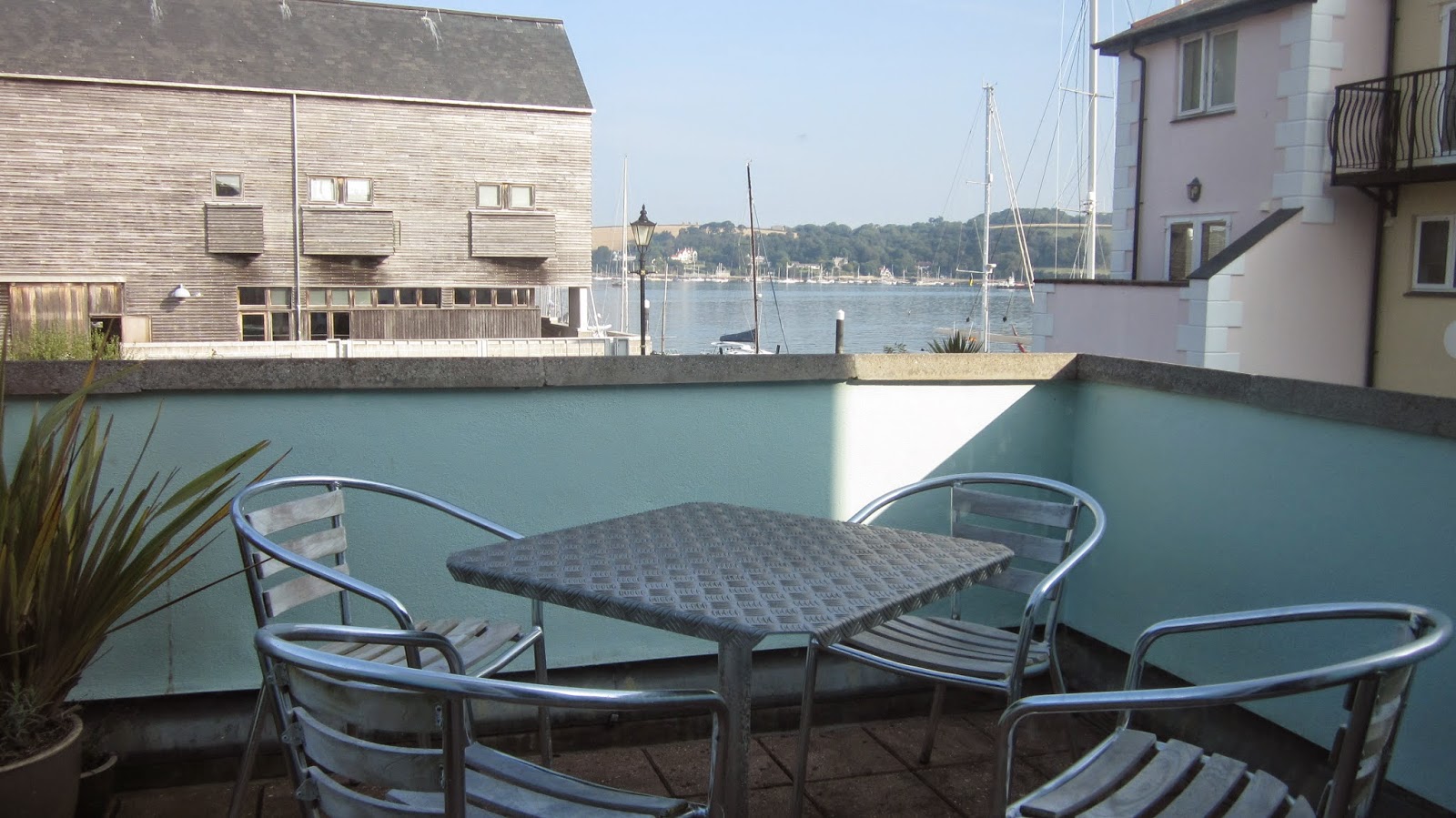 I've been in Cornwall for a few days, staying in Falmouth with my good friends Alison and John, who live on the marina. We visited St Michael's Mount and Boscastle, and I was privileged to tag along on one of Alison's tours of the Tregothnan estate, the only place in England growing quantities of tea from the camellia sinensis. As ever it was inspiring to spend time with a real artist and be reminded about the positive sides of creativity, which I hope will be awaiting me post eye-operation. 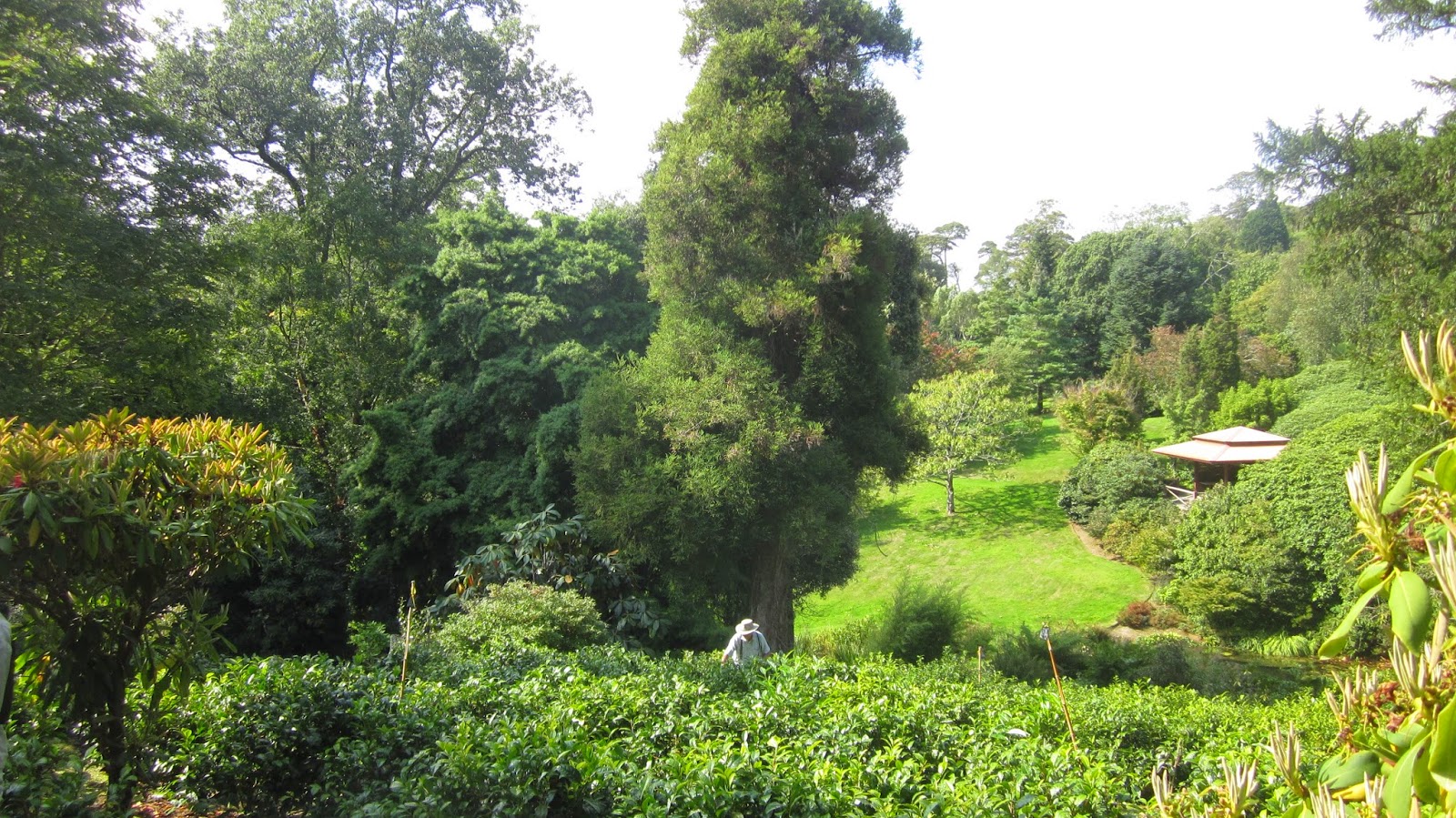 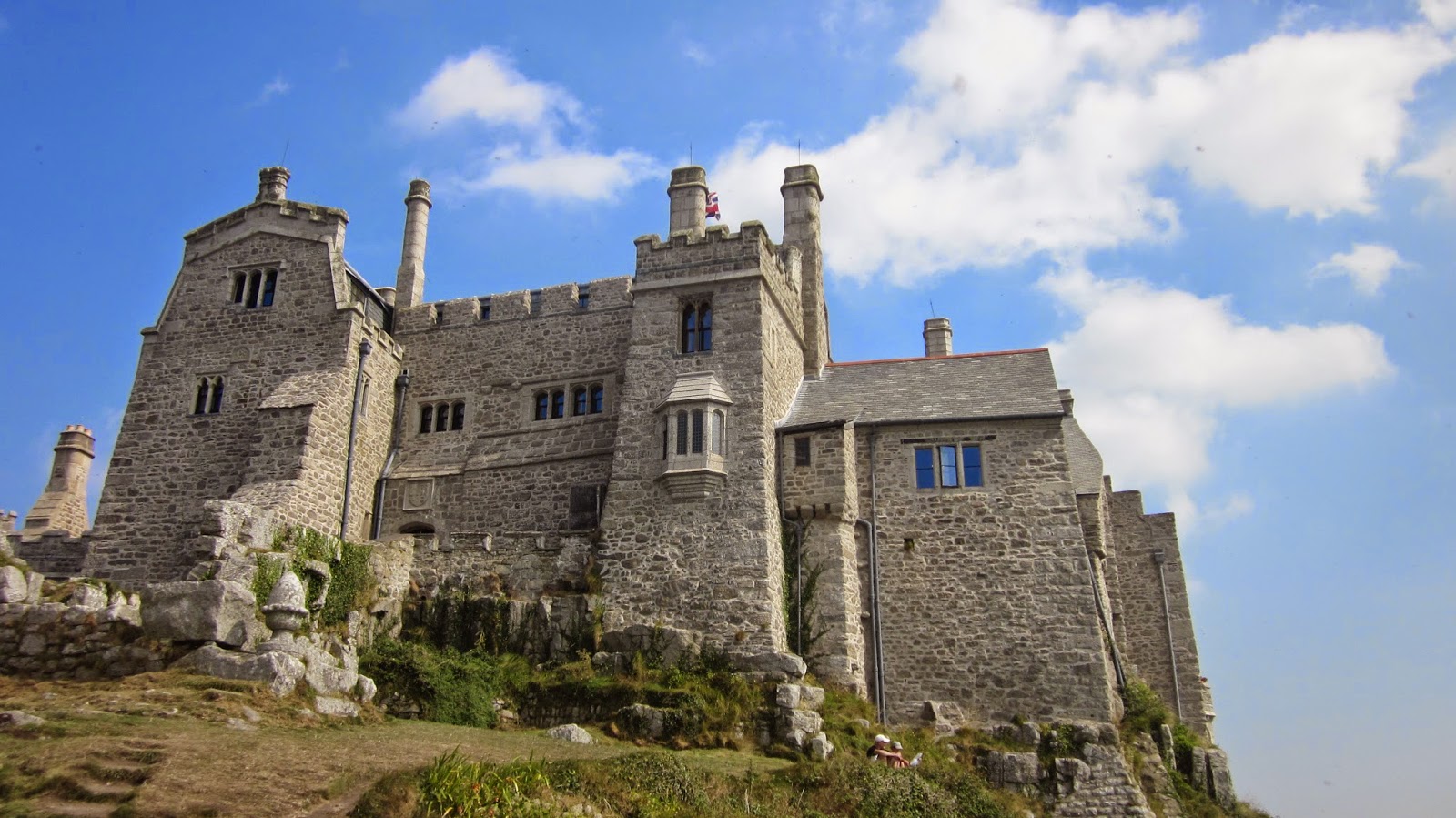 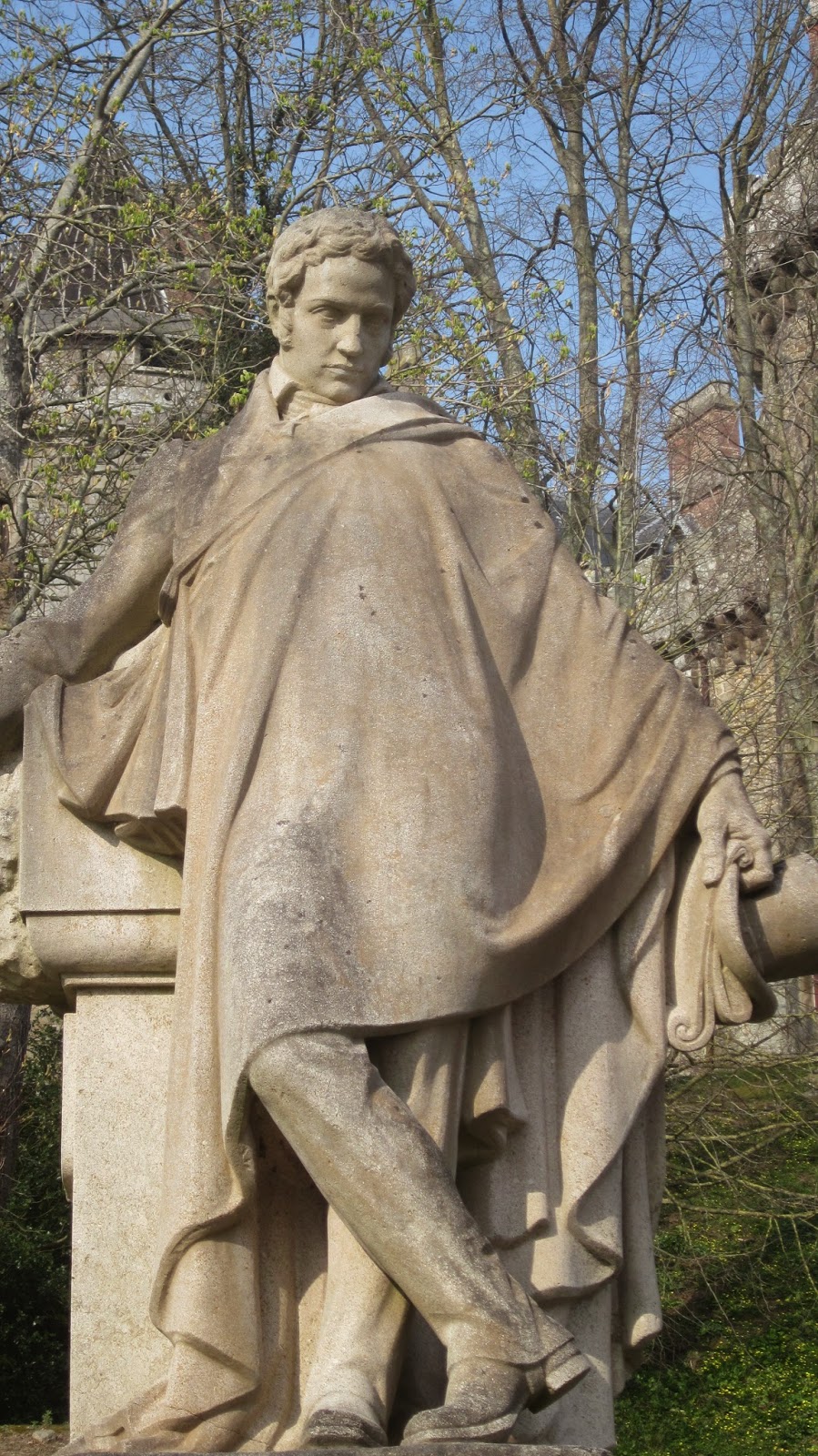 Currently working on a text about French writer and homme extraordinaire François-René de Chateaubriand, whose formative years at the Chateau de Combourg as described in his memoirs have become synonymous with the birth of Romanticism. Escaping the cold hauteur of his daunting father, the teenager spent many lonely hours roaming the surrounding woods or gazing at storms from his room at the top of a tower far removed from the other inhabitants of the castle. He invented an ideal female companion, a  fantasy bordering on the obsessive, which was to lead him into trouble with women in later life. His energies lurched between racing around the grounds to physically expunge the gloomy strictures of family life in the sombre castle, and struggling with the fateful grip of ennui to the extent that he toyed with suicide.
For the moment, I'm working on his later time in England and the almost laughable contrast between the first stay during the Revolution, when he was - literally- a writer starving in a garret in Holborn, and his return in 1822 as French ambassador to the glittering parties and empty social whirl of the Portland Place embassy. This contrast in fortunes is a typical example of the ups and downs of a remarkable individual in a tumultuous era. Despite direct participation in France's most turbulent period of history, something in Chateaubriand's own nature, set hard by the stones of Combourg, seemed to keep him emotionally strolling on the bank rather than plunged in the river of events.
Posted by WM at 11:46 am No comments: