My new book is out 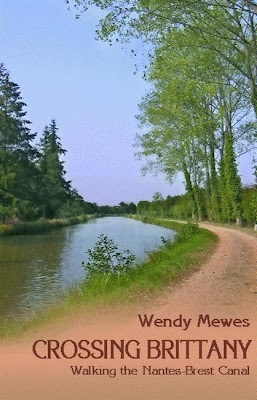 Crossing Brittany is finally out! Fingers crossed for pre-Xmas sales :-)
Posted by WM at 10:17 pm 6 comments:

Making a rare visit to England, and most vivid impressions so far are of stunning Somerset landscapes and the appalling volume of rural traffic. It's rather refreshing to have reached London in my travels and at last be able to drive as nature intended.
Posted by WM at 7:00 pm 3 comments:

I used to think that the attraction of the past was its contrast with the present world, the separation of time and custom lending an aura of excited speculation. This lure of the evident spiced by fantasy was in the castle's turret stair and the lie of standing stones. After years of writing guidebooks and escorting visits of historical interest, I see rather that for most the thrill is in connection. Provide a link, however tenuous, to the contemporary world or to the particular historical framework of the audience, and the appetite of the imagination cranks up mightily. Here in Brittany so much is lost for the British audience by tedious and tortuous exposition of French history which might as well be an account of warfaring factions in Lord of the Rings. A sea skirmish off the coast west of Brest doesn't do a lot to pull in the punters until mention of the magic words 'Mary Rose' - then watch the line of craning necks on the cliff-top - even though there is nothing to see but the skittish Atlantic - and hear the avid speculations about wind-speed and turning circles for 16th century craft.
Brittany is a special case in this respect: the connections between Britons and Bretons are all-pervasive. Hence my chosen structure for the Britons in Brittany book: conflict, commerce, culture. From Ben Nicholson's modernist renderings of the Carnac megaliths to the 17th century export of cloth from Locronan via Pouldavid (hence the English name Powell Davies for the fabric!) to the allied bombing of the Morlaix viaduct that managed to wipe out a school full of children. What tales there are to tell, and what a trail to follow around some of the most interesting places France has to offer.
Posted by WM at 9:52 am 2 comments:

My website has been out of action for nearly four weeks now. The hosting company Another Light took it down for non-payment of renewal. Unfortunately they sent the reminder, not to the current email they have in their records, but to a very old address. They have not responded to any of dozens of messages requesting the code without which I cannot move the site to another host. They are obliged to give me this, even if they can make me forfeit a year's rental. But nothing. And the next stage, an appeal to the registrar of sites has also remained completely unanswered for two weeks. Therefore not only have I lost my professional showcase, but I am unable to do anything to get it back. My only option is to change the domain name, which I am very reluctant to do, and not only because of all the stationery to be changed and people to inform, etc. I cannot wait until the resolution of a long appeals process - that is, if anyone ever takes policing of the net seriously for long enough to write me a message. 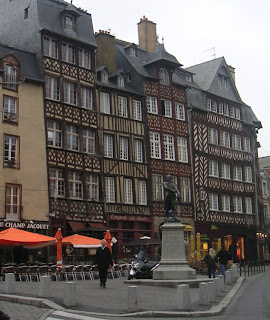 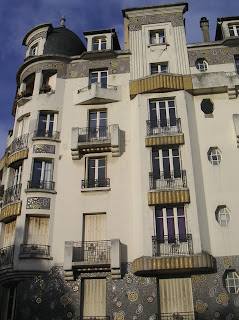 Two days in Rennes, capital of modern Brittany, this week. It's not a city I feel especially at ease in, finding it less engaging than Nantes or Vannes, despite the breath-taking range of innovative architectural concepts. Religious buildings are varied and omni-present, likewise medieval colombage houses of many colours, but Rennes is hard to get hold of in a single grasp, slipping and shimmying away as the visitor grapples with each of its many salient parts.
I am pleased to meet up again with Pierrick Gavaud from Randobreizh to discuss my association's Days of Discovery event for September 2009, and with Michael Dodds, new head of tourism, who is generous with his time and attention to the possibilities of my Britons in Brittany project.
Posted by WM at 6:13 pm 2 comments: 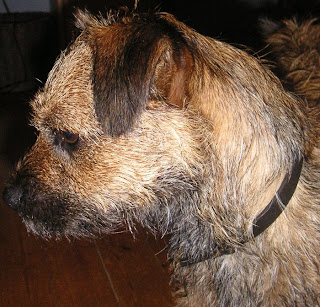 Today is Tex's first birthday. What a fine little dog he has turned out to be!
As it is All Saints Day, I also honour with many tears my beloved lurcher Rufus, light of my life, who died last December, lovingly missed each and every day.
Posted by WM at 1:12 pm 5 comments: