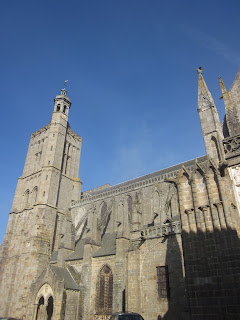 Dol-de-Bretagne is a small place with a dense, chewy history. Situated in a curve of the river Guyoult, as its name (dol = meander) indicates, the town occupies a rise above the marais de Dol, the so-called ‘black marshes’ stretching across to the Bay of Mont St-Michel.
Saint Samson, of Welsh origin and one of the seven founding saints of , arrived in the 6th century, following the course of the river inland, and made an initial settlement at Carfantin, still marked by his sacred fontaine. He was then said to be responsible for the earliest ‘cathedral’ on the current site in the high town. 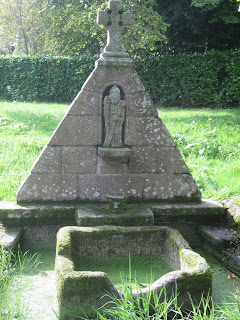 This was replaced in the 9th century, at a time when the see of Dol became a cause-celébre of religious and political history in , but this version was destroyed by Viking raids in 1014. The Romanesque cathedral that followed was burnt down by King John’s troops in 1203. John was surprisingly remorseful and contributed to the reconstruction, but the second tower of the Gothic version was never completed.
The cathedral has a unique feature in its double well, with shafts inside and outside the walls, connected way below ground level by a passage which can be flooded or pumped empty. Another unusual point of interest is the Renaissance tomb of Bishop Thomas James, a surprisingly grandiose feature in the fairly sombre interior. This monument is exquisite in decorative quality, but worth visiting above all on the summer solstice when a shaft of sunlight spotlights the Holy Grail at . 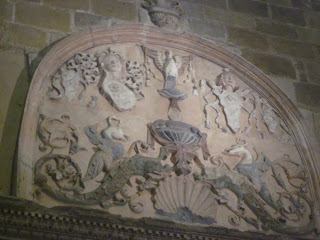 A sense of the medieval fortified town once solidly defended and aligned east/west between two entrance points can be derived from a walk along the restored northern ramparts with views out across the marshes to the mysterious Mont Dol, but walls to the south and east were destroyed as industrial quarters developed. The arrival of the train in 1864 led to the creation of new roads, including a wide tree-lined avenue connecting the station to the centre.
The most ostensible glory of Dol lies in the bright parade of ancient houses along Grand rue des Stuarts and Rue Lejamptel, including the oldest house in , Les petits palets, a Romanesque stone beauty from the 11th century, and numerous half-timbered medieval façades, including porch houses. 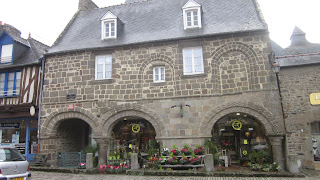 The Stuart connection stems from a local nobleman Walter Fitzalan, made overall steward of by King David in the 12th century. His descendants eventually held the Scottish throne.

Dol’s size belies its significance in the history of , symbol of an embryonic Breton state in the 9th century, and focus of a resulting religious wrangle with that lasted three centuries. Nominoë was the first leader to attempt a serious grouping of Bretons to counter the weighty threat of the Franks, repelling them in a skirmish near Ballon in 845. His political vision for a unified Breton identity was backed by religious moves to replace the Metropolitan episcopal authority of Tours, in Frankish control, with an archbishop at Dol-de-Bretagne, the latter to hold sway over the other Breton  bishops. A whole succession of popes sought to undo this unilateral decision, but the machinations rumbled on with claims and counter-claims on both sides until 1199 when a definitive decision was made against Dol, and the Breton church returned to the papal fold. 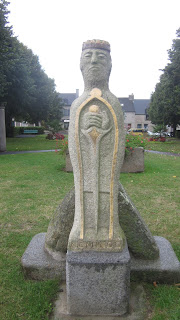 Dol is still determined to secure special status, with the assertion that Nominoë himself was crowned first king of in the cathedral. It is certain that his son Erispoe took this title but little evidence for his father’s regal rank. It is perhaps surprising that those perversely determined to draw clear and specific conclusions from the complex and shadowy history of the 9th century should be so keen for the political founder of , a description that could reasonably be assigned to Nominoë, to bear the tainted title ‘rex’in a land where submission to authority has rarely been considered a virtue. 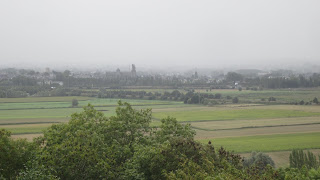