Time to get back to work 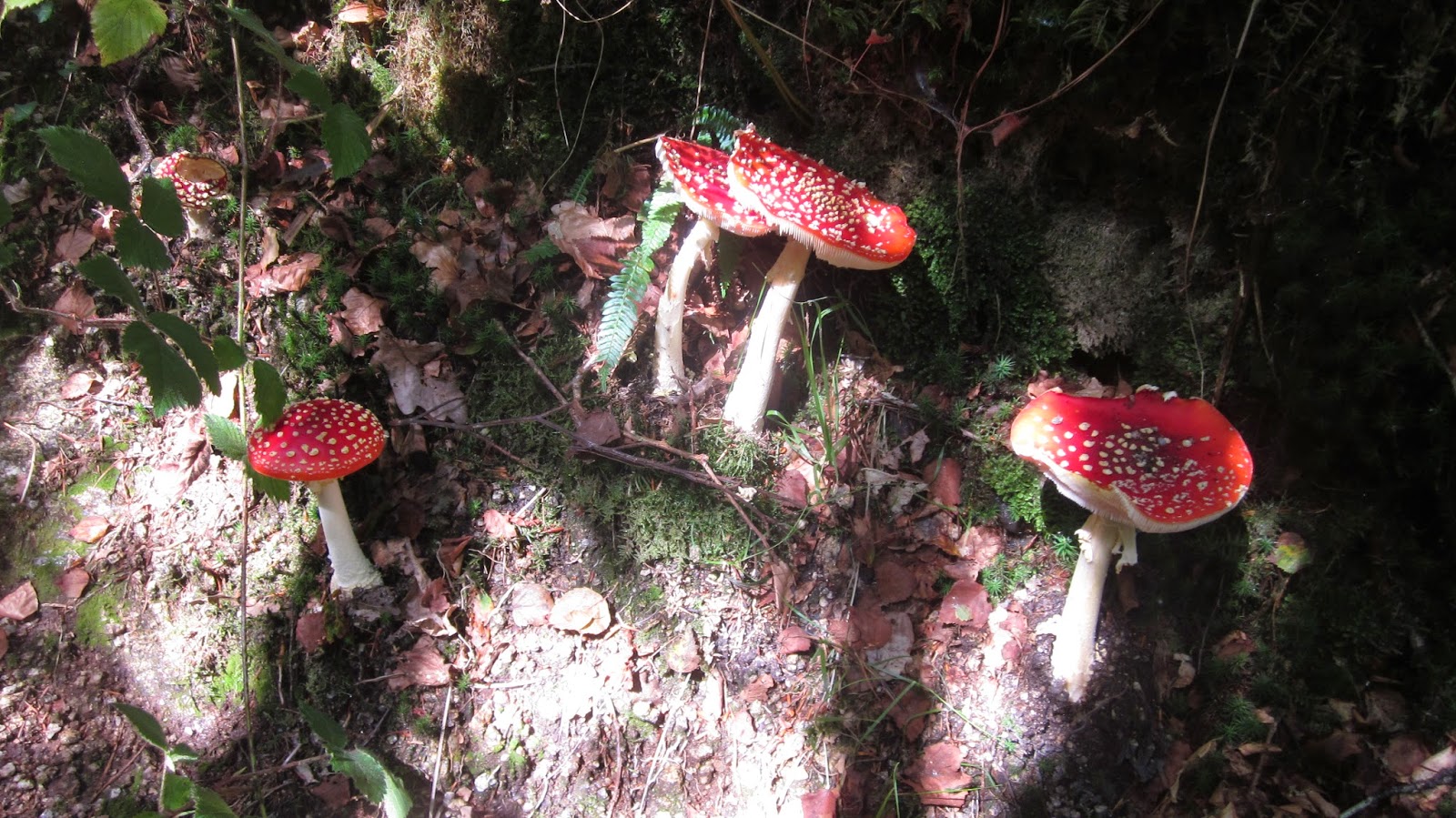 Since I moved recently the weather has been grey and/or wet, so it was good to wake to sunshine and blue sky today on the last day of summer. Went to walk in the forest at Huelgoat and saw many autumnal signs, not least of which was the large number of people mushrooming. Fancy overlooking these beautiful specimens...
Far fewer cars with foreign or out-of-department number-plates about, shops back to lunch-time closure, restaurant hours soon to be curtailed - it's time to get back to work. What a relief!
Posted by WM at 5:45 pm 2 comments: 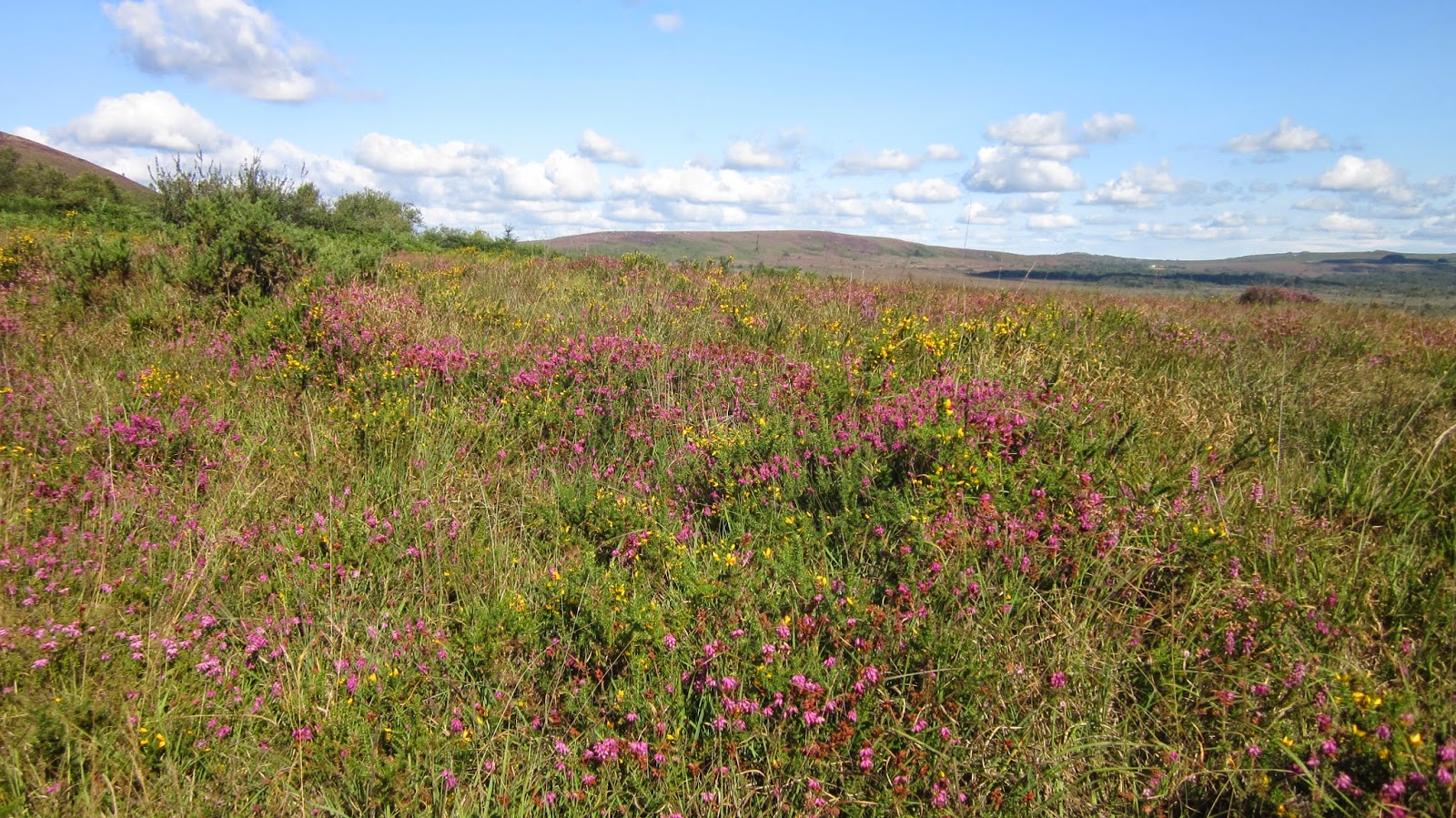 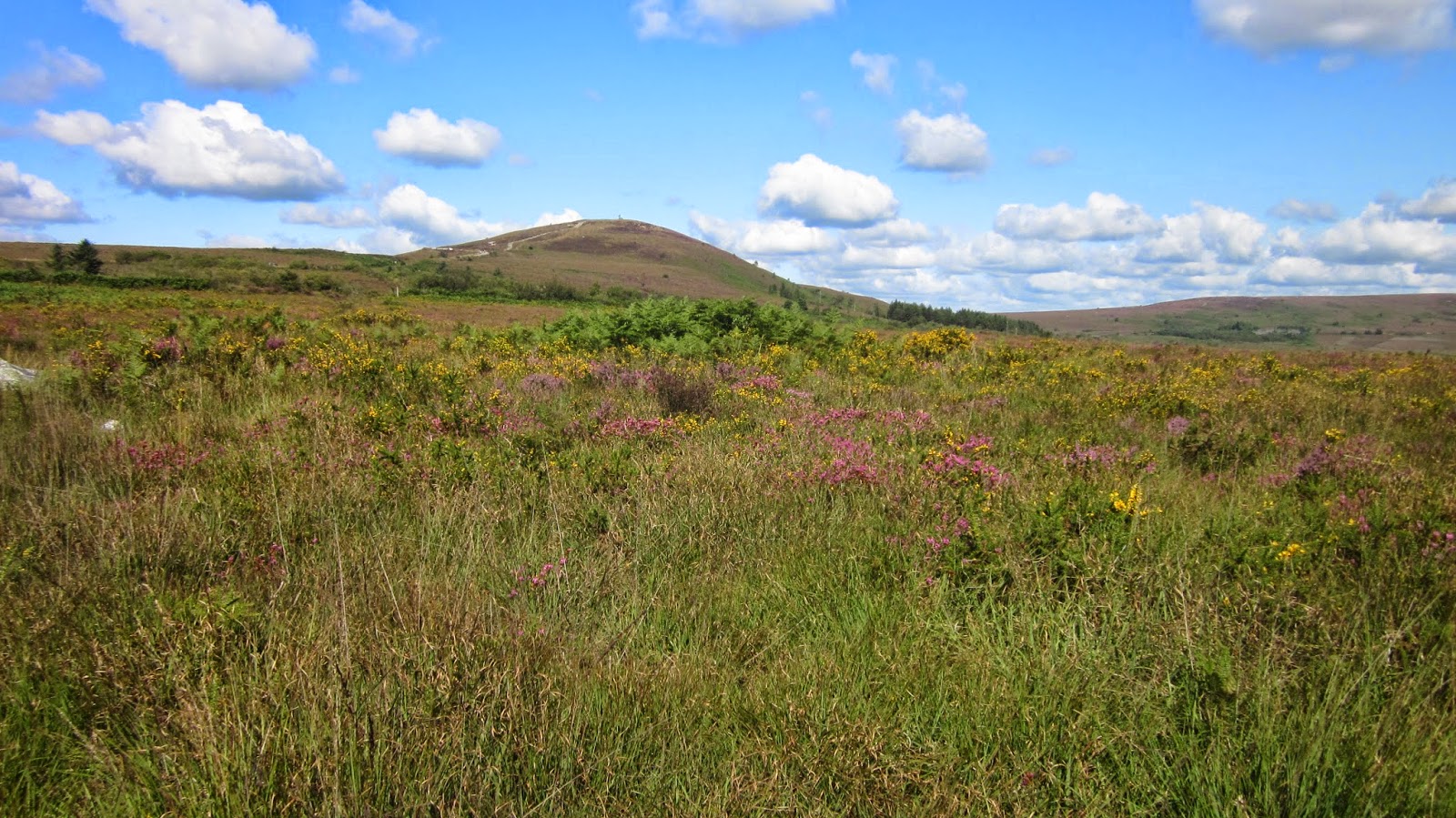 Summer is over on the moors and heathland that make up the landes of the Monts d'Arrée, highest hills in Brittany. Together with the sharp crests of schist/quartzite and the peat-bogs (tourbières) these provide the distinctive shapes and colours of the area, which far from being an unrelieved wasteland has a full palette of colours changing with the season. Molinia or moor-grass dominates by its quantity: lush green in recent months, now browning and finally to turn to shades of biscuit tinted lemon in the low winter sun. There is some sort of heather in bloom most of the year, punctuated by stabs of yellow from gorse or broom. Anatole Le Braz, the great Breton writer and recorder of oral traditions, called the amalgamated smells of the landes 'the scent of Brittany.' Or perhaps 'essence' would be a better word.
Posted by WM at 12:07 pm 1 comment: 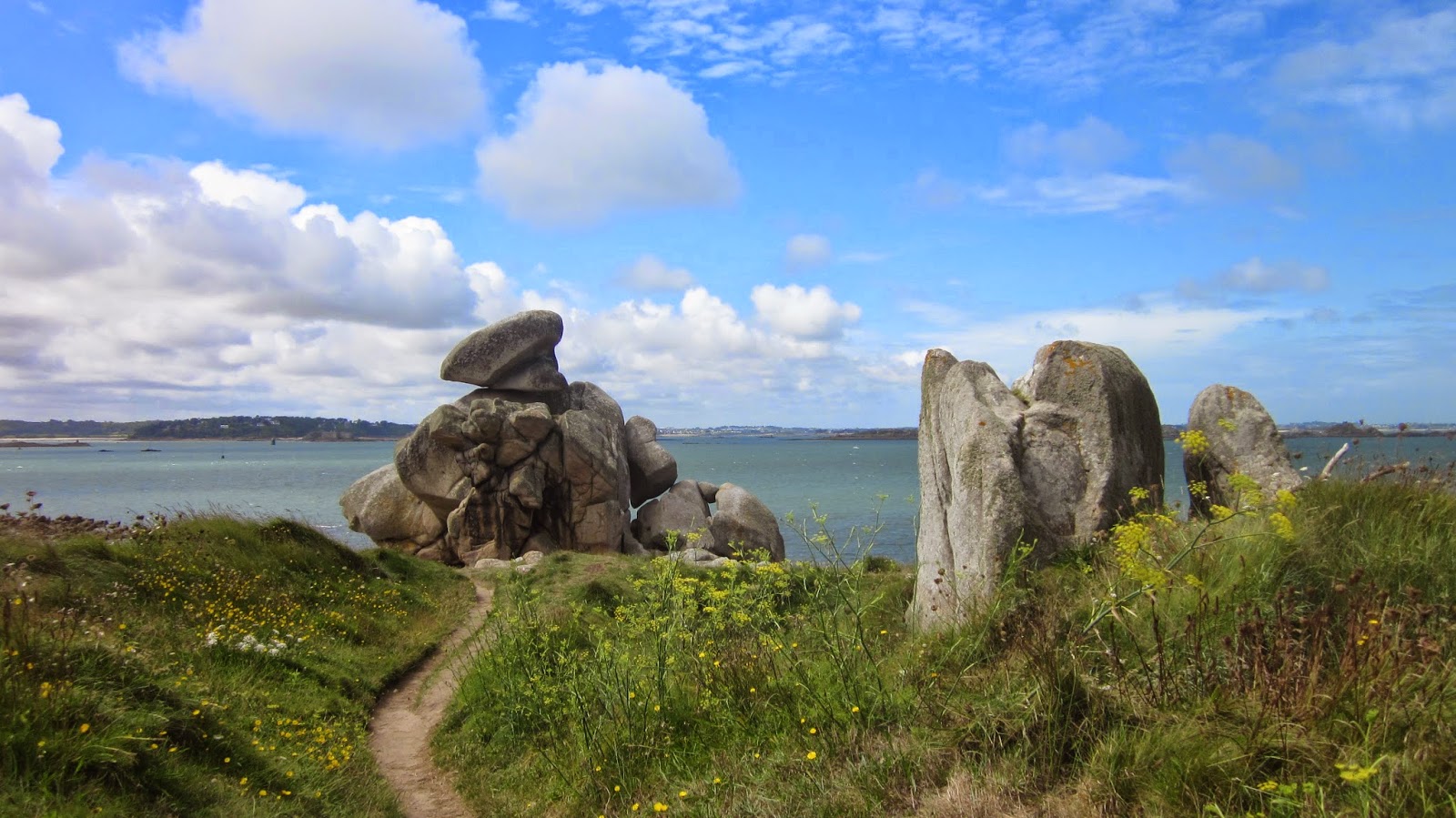 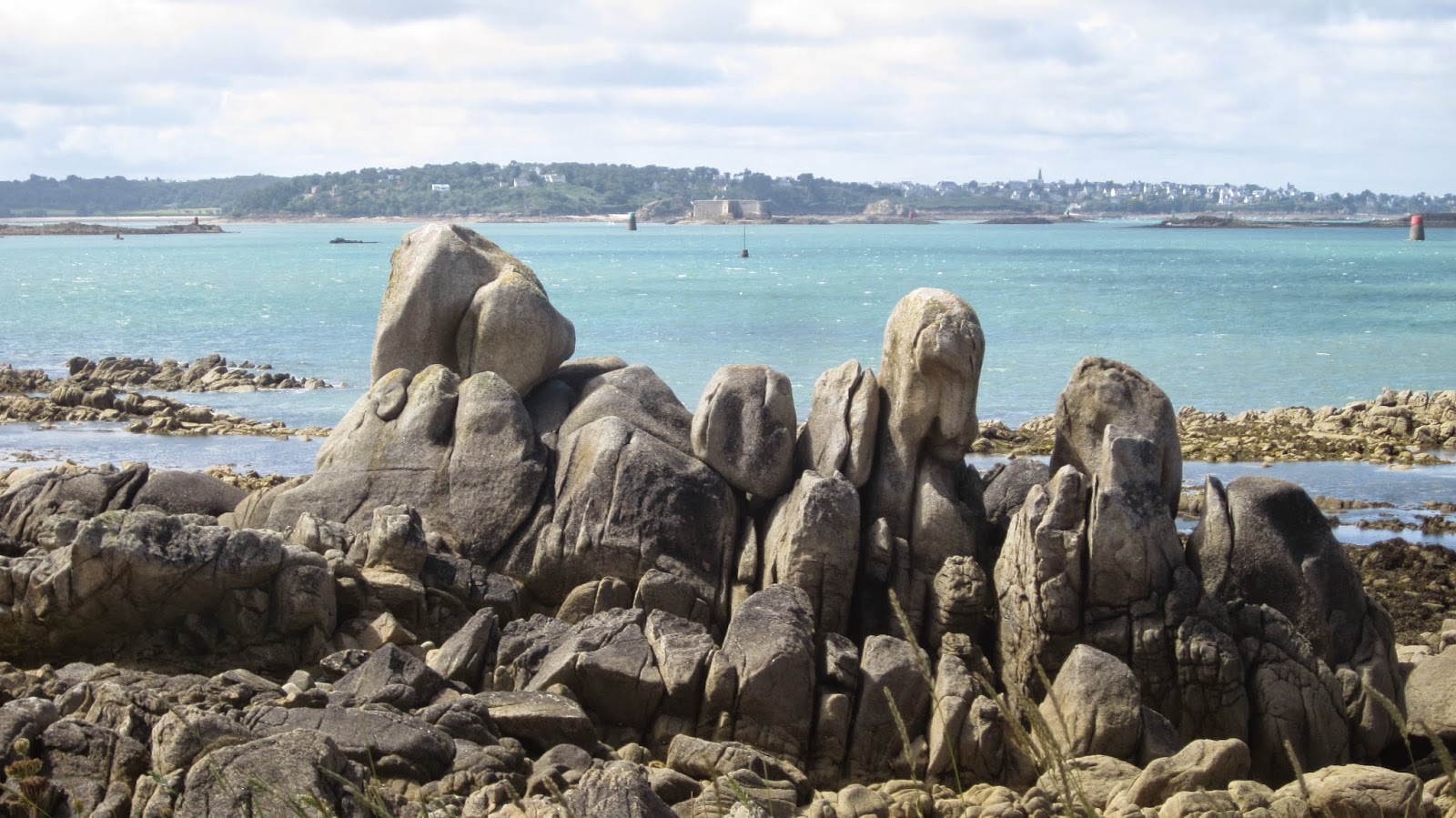 Yesterday took my friend Jeanne out for a day on the Baie de Morlaix coast, an area covered in the Saints' Shore Way book I researched and wrote early last year for the Morlaix and Lannion tourist boards. We had a windy picnic at St Samson and walked past the imposing Pierre Double (with the island fortress of the Chateau du Taureau ever-present in the background). Brief visits to Le Guerzit and Le Diben followed by a drink at Terenez completed our very leisurely trip, with no rain despite dire forecasts.
Posted by WM at 10:40 am 4 comments: I've been out and about a lot lately with friends (including Welsh travel writer Victoria Trott - victoriatrott.com) over here to enjoy all the many pleasures Brittany has to offer. Douarnenez, Locronan, Huelgoat, the Abers, Ile Vierge and the Monts d'Arrée have all figured on the tours, with several sessions in Quimper as well. My impression is that there are far fewer visitors around this year at the hot spots but more people than usual in the interior, walking and cycling. Festivals are at their height, with the customary Breton triple of music/dance/food pulling in crowds everywhere.
Posted by WM at 12:09 pm No comments: