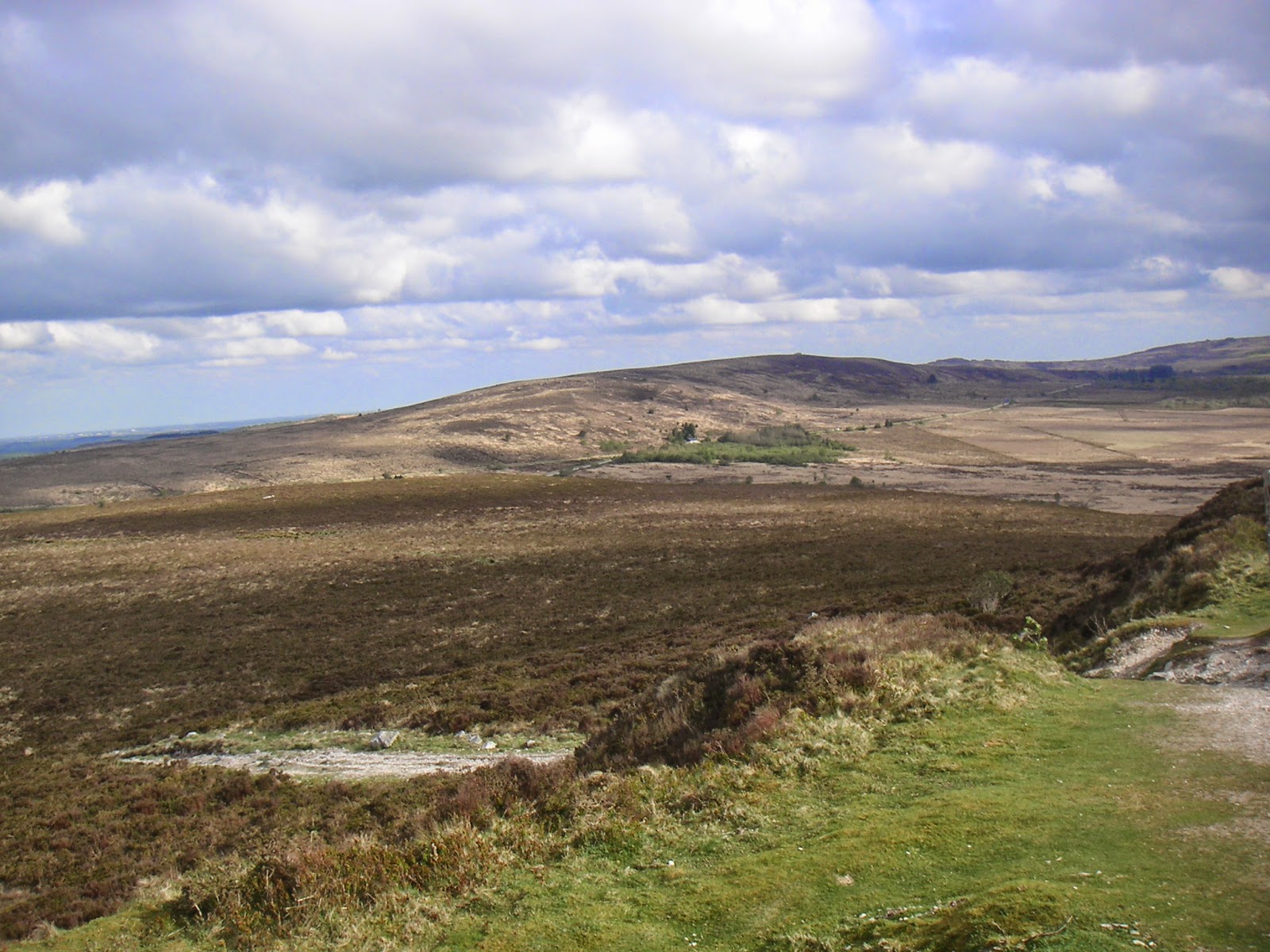 As I am increasingly interested in psychological response to landscape, I often ask people about their preferences for viewing, walking, visiting or living. The responses will invariably speak of water in one form or another or green hills and lush valleys or pointy peaks and mountains. If I do not mention moor, moor will not be mentioned.
The appeal of this wild terrain with its bleak reputation is to a certain sort of person, and not necessarily the clichéd solitary spirit of romantic literature. Moor is rarely obvious, but a landscape of subtle expectations and obscure purposes, often a blend of jarring and sinking that calls for physical dexterity echoed in the mind. Even – or especially - in good weather conditions, many people are uncomfortable with the temptingly expansive liberty of the heath, its very openness mistrusted for a lack of delineation and directive patterns.
The cultural legacy of supernatural danger, disappearing paths and cruel death associated with misty, cloud-bound moors lingers on in today’s world of facile communication and location-fixing devices. Despite the proliferation of arrows and signposts, we fear losing sight and getting lost as the elements descend more now from the context of our comfortable lives than earlier generations ever did.
Our severance from nature is perhaps most clearly seen in the context of moor, which has little time for aspirations. It operates primarily on the enduring horizontal plane, a deficit in a world which admires the easily comparative vertical in man-made structures and natural configurations of landscape. All those little cairns of walkers’ stones patronise the moor with their implications that endeavour is an upward instinct, like the religious faith which placed the megaliths.
A few Bretons, particularly those from the coast, have told me of their almost superstitious aversion to the moor and wondered how I can bear to live there. But the problem for me, as I face the need for moving on, is rather whether I can bear not.
Posted by WM at 8:29 pm 4 comments:

Email ThisBlogThis!Share to TwitterShare to FacebookShare to Pinterest
Labels: Moor 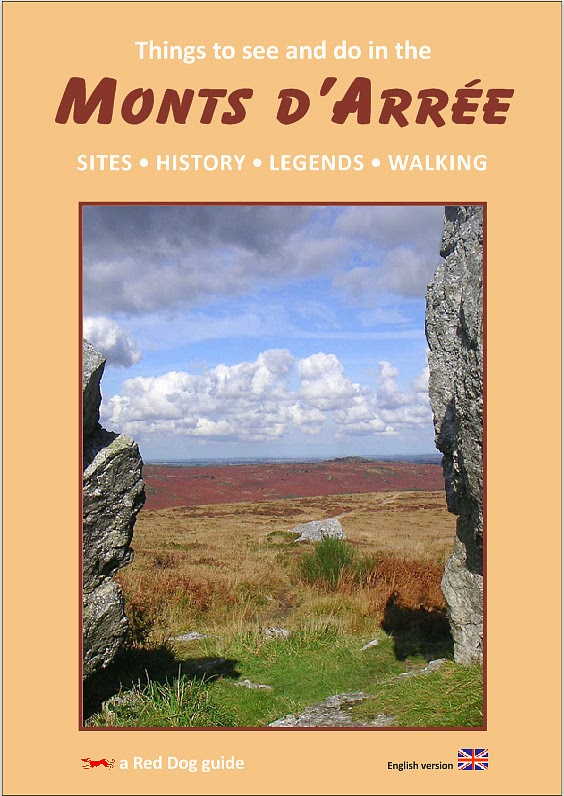 The new little booklet is finally out - available in both English and French editions. Let's hope it is as well received as Huelgoat, the companion volume, which continues its success of last season. The English version of that is shortly to be reprinted. The first French edition sold out pretty quickly and I suspect the Monts d'Arrée guide will follow the same pattern. I am very grateful to my friends Monique Le Bouhellec and Yves Marhic for their excellent translations of my texts in this series.
Posted by WM at 4:39 pm 2 comments:

The moor in May 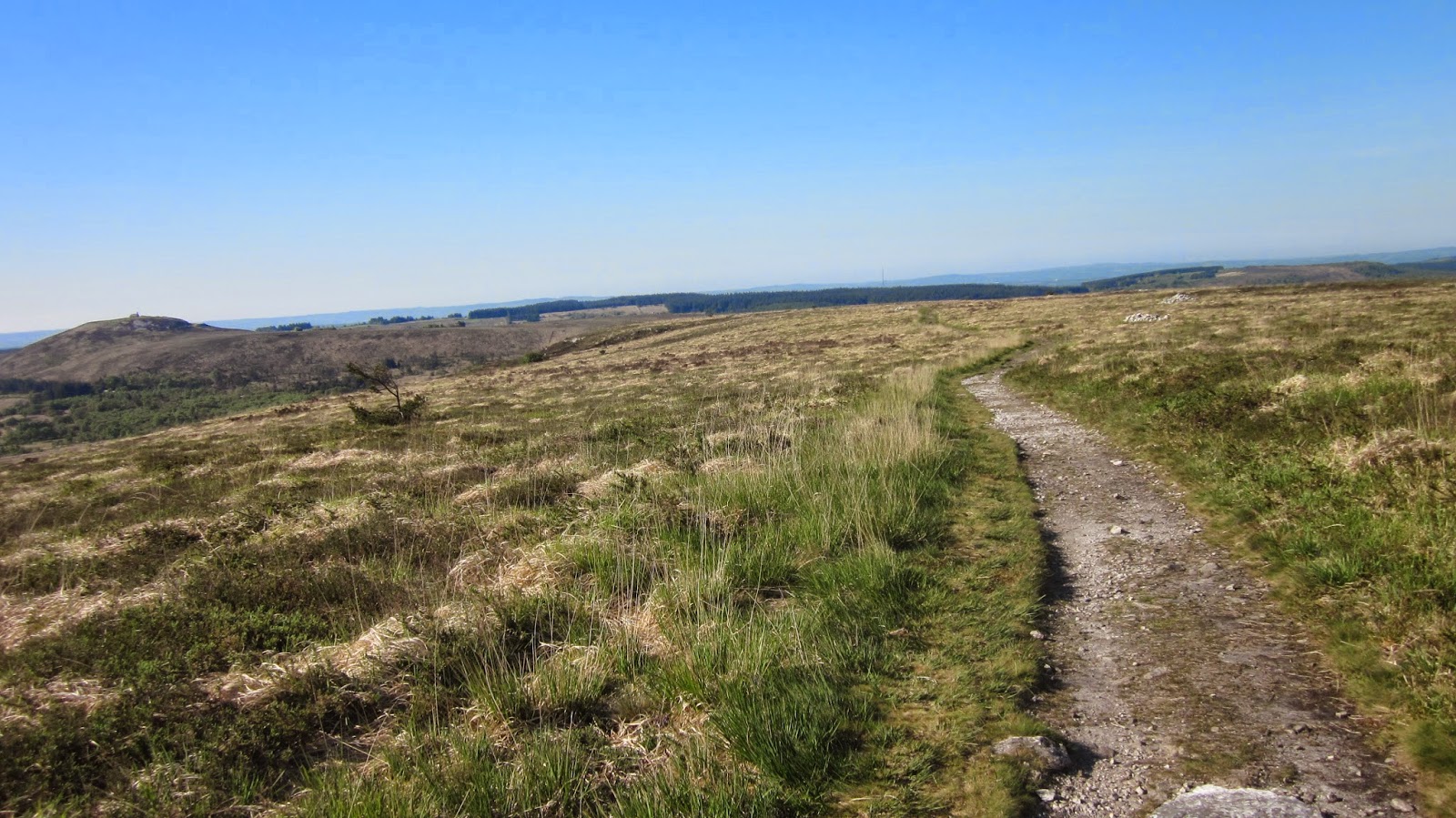 Out early this morning in beautiful weather to take a long walk on the moors. May not be the best preparation for writing about caves, but I felt fantastic afterwards.
Posted by WM at 1:37 pm 2 comments:

Despite having been suddenly assailed by a heavy cold and very sore throat on Thursday, I had a great day in Ploermel yesterday, giving a talk on Walking the History of Brittany to some lovely people at the association La Source, who were kindly tolerant of a lot of sneezing and coughing mixed in with the odd spurt of lucidity.
I would normally also have enjoyed the five hours of driving, out via Loudeac and back via Josselin, but in the circumstances only had energy for one stop, deciding to make a brief revisit to the castle site at La Cheze, former Rohan stronghold, like so much else in the area, with a very chequered history.
Posted by WM at 6:34 pm No comments: 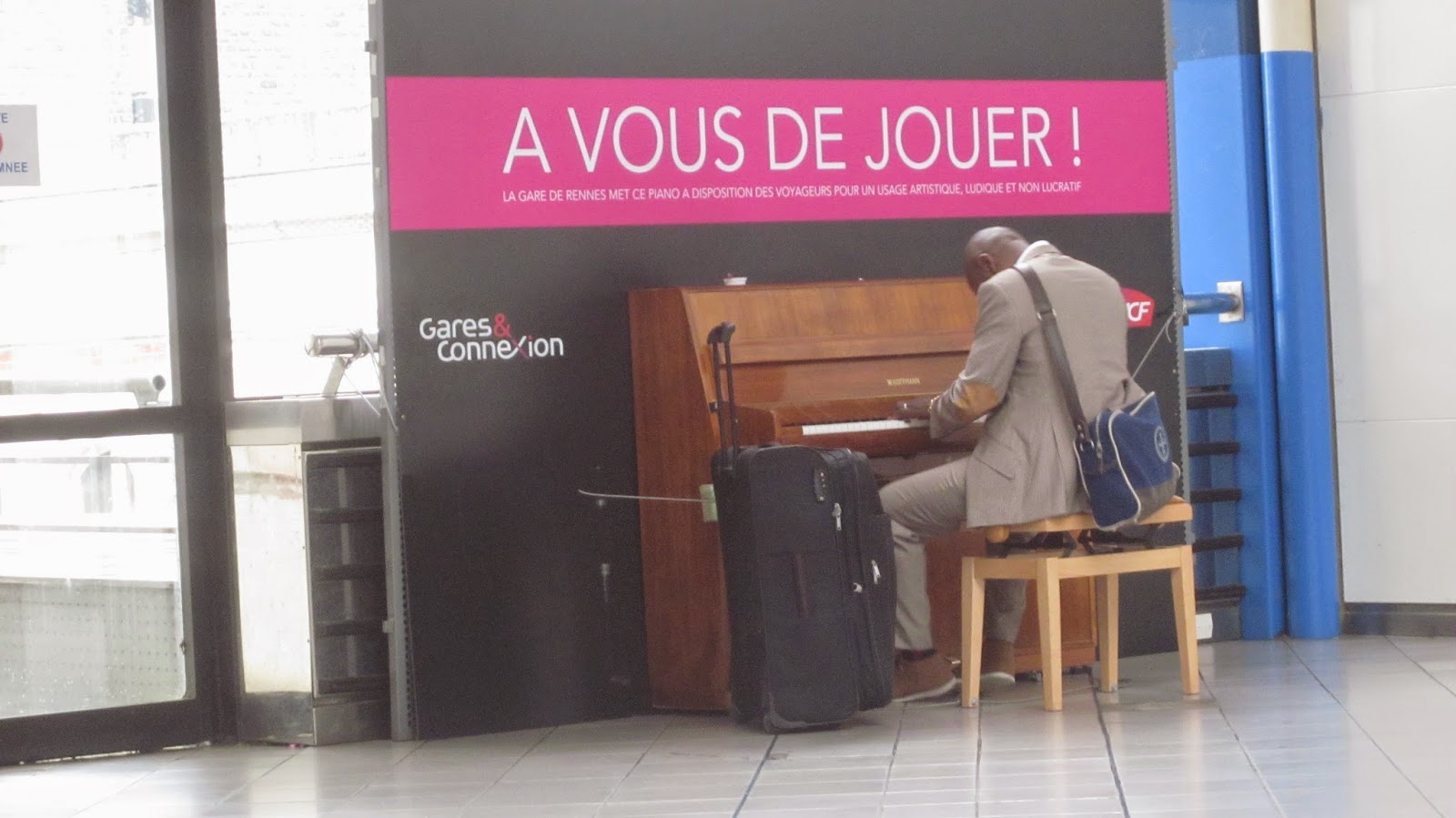 I've been in London for the last week with my closest friends and family. Saw this new addition (photo) whilst hanging about on Rennes station on the return journey today. Four different travellers sat down and played the piano during the half hour I waited on the concourse, and very good they were too. Jazz and classical both featured heavily. During this spontaneous entertainment, I was surprised to see the new form of an apparently routine security patrol doing the rounds of the station: a policewoman flanked by two soldiers - one male, one female - both carrying semi-automatic rifles. Oddly it made me feel less rather than more safe.
Posted by WM at 5:39 pm 8 comments: